Sirens Get Into the Groove Against OCs 6s

What a beautiful morning for a game of hockey: blue sky, sunshine… gorgeous, (and no frozen pitch). PLUS we had two fabulous umpires who we love and cherish – Chrissie and Wendy!

We were a little apprehensive having lost a few weeks ago in a league game to OCs 5-2, and seeing the average age of the opposition, it was only human nature to be a little worried. Young and probably quick – oh no.

OCs started with fire and fierceness, attacking our D numerous times and soon they were ahead 1-0. We wondered how to get out of our half, as we needed to get deeper and deeper into theirs but we did manage it. With quickness of feet and stunning stick skills Monica had scored the equaliser.  OCs kept at us though with some strong play down the centre and we were overrun again, and they scored. 1-2.  But Monica’s fire was just getting going and she scored again….who is that girl playing today?! It was 2-2.

The Sirens were starting to get into the groove with quick passing and great movement and by half time it was 3-2 with a great goal from Sophie.

The half time talk was all about using space on the wing, not passing through players but using quick passes and ‘triangles’ (they are our favourite shape) but it still felt like a borderline game. We had to keep attacking and being positive.

We didn’t have to worry. We are not sure what Monica had for breakfast but she was burning up the pitch with her speed, aggression, pin point precision shooting and sheer strength. Goal four came in the first minute of the second half and goal five came seven minutes later. We didn’t need a lucky star today – we just needed Monica… but then Sophie didn’t want to miss out and joined in to show how to express yourself on a hockey pitch.

Victoria T managed to get in on the act as well with the seventh goal but she also had a number of great assists throughout the game. Meanwhile in the defence, the team were working solidly together to ensure no more goals were let in despite some quick movement and passing in and around the D from OCs. We had all said that we would promise to try really hard and it worked brilliantly.

The midfield were also working like a superstar team, passing and moving, and they really need to take a bow for all the hard work and effort they put in.

An incredible win by an incredible team, I’ll remember this game for quite a while, and what a celebration we had after (with Tracey nearly missing the team photo and getting a Moist Mug nomination for it).  I really am crazy for you Sirens!

(How may Madonna songs you can spot? If you see me at the club, let me know how many you find!) 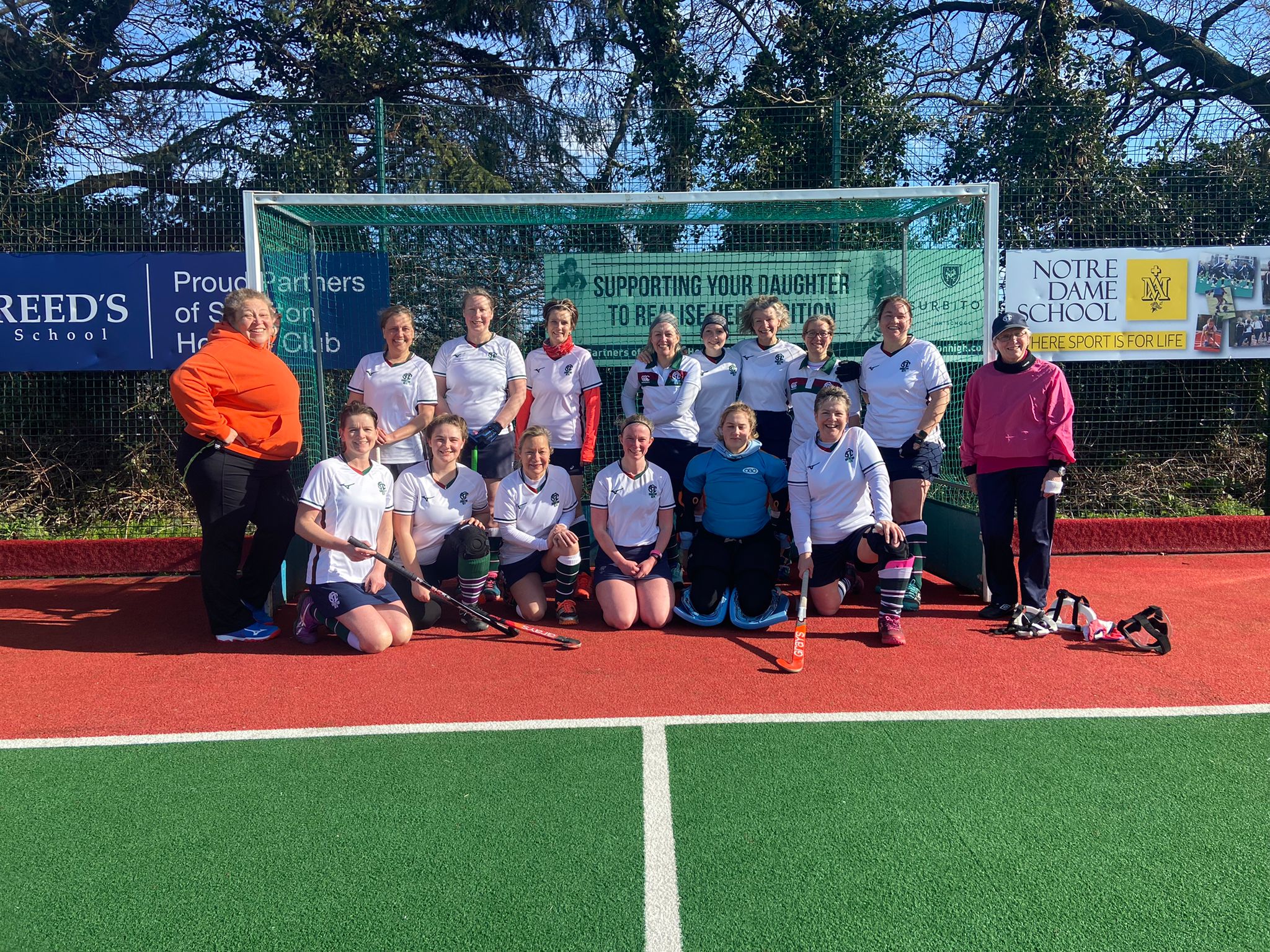