A strong first half performance saw the Surbiton Boys U14 Seals secure a 6-1 victory against Wimbledon in the opening league match of the year.

Going into the fixture, Coach Frankie had been forewarned of injury concerns for the talismanic Dexter. It was unclear whether the leader of the line had been injured in a school game or, more likely, been on the wrong end of a tap tackle by his dad as the latter prepped for his weekly tag vets rugby game. News came through on Sunday that Dexter hadn't passed his fitness test and would sit the game out.

Coach Frankie rejigged the pack somewhat and went for the on-trend formation of 3-2-3-2. His shouts to "keep the ball out of contact" in the first ten minutes of the game reflected how a number of Surbiton players thought they were putting together their own skills highlights package for social media: lots of polishing of the ball with little team gains secured.

It was Coxy, a player not short of some skills himself, who bucked the trend, using strong early slapped passes and good decision making. One of his passes found Cowling high up the pitch in the right back decision. Cowling, eschewing the fancy-dan dribbling efforts of his team mates, ran hard down the right wing into the D with a great turn of pace and drilled a slapped shot into the bottom left hand corner.

The goal seemed to settle the hosts who reverted to a simpler passing game. Some neat passes around the 25 led to Ollie finding some space at the top of D where he struck a lifted forehand shot to the keeper's right leaving him no chance: 2-0.

The pick of the Surbiton goals quickly followed as the team shifted the ball quickly from back to front where Fordy, operating in his between-the-lines role forged at Leatherhead FC, showed a neat piece of 3D skill in the inside left channel to beat his man and then find an onrushing Toby on the P-spot to apply a trademark one touch finish for 3-0.

Drama then ensued off the pitch as the visitors' parents decided that one of their number’s (only one?) suggested advice to the players was less than helpful. This seemed to be taken on board and the visitors began to find form with a number of skilful agile players operating in midfield. That said, Surbiton's passing game was bringing rewards and Coxy dispatched two slapped finishes from penalty Corners, which sealed the game and put SHC 5-0 up at half time.

Wimbledon found more control in the second half with the hosts finding the net only once in the second half – an all-along-the-carpet reverse stick strike from a narrow angle from Ollie. Isaac performed strongly in goal and was unlucky to concede a goal at the end of the game.

Post game, the Harcourt family engaged in their Sunday ritual of a car vs bike race as Johnny raced Cathy home to see whether their A star Physics A Level student son had worked out how to turn the oven on and put the chicken in the oven for Sunday lunch. 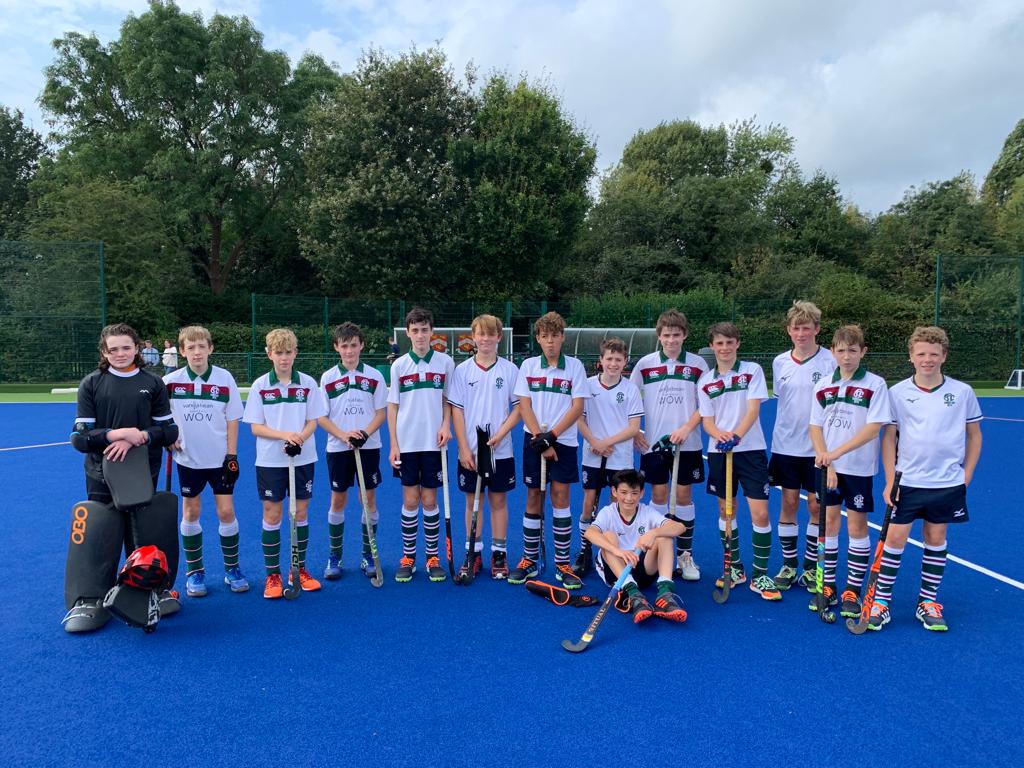