On what was possibly the coldest, windiest and wettest day ever, the Surbiton mighty mixed team ventured to Windsor to visit the Queen and extend their cup run... road to Lee Valley! We were all positive that Storm Dennis would cancel the game, so a few more lagers were consumed on Saturday evening... unfortunately we got the go ahead early Sunday morning and so we had to brush off any dusty hangovers.

In true mixed team fashion, we turned up with zero hockey balls and barely 11 starting players (shout out to Del being late picking up his girlfriend of the week from the airport).

The game started with the third best Reeves showing off his flair for mis-trapping almost every ball that came his way (no wonder Del would never pass to him). However, the best Reeves managed to put the visiting side ahead by calmly slotting the ball into the bottom left hand corner of the goal after a well executed short-corner routine.

Dave ‘Beanhead’ Bartram caused some issues for the opposition defence and managed to set up the third best Reeves for his first goal, which he almost missed due to his awful hair (based on a 20th Century dictator) blurring his vision.

As the weather conditions deteriorated, so did the style of hockey (and also the eyesight of one of our team members due to her eyelashes becoming wet and heavy... I’ll let you take a wild guess who). Marlijn was having a stormer in goal, but a quick Windsor player managed to get through quite a few of us and backstick reverse the ball into the goal.

Del almost earned himself DOTD due to his potential decapitation of the opposition goalkeeper where he tried to volley an aerial pass into the goal. He did then manage to score a back post tap in to make the score 3-1. The Aldous sisters had a solid game where the younger of the two, Caitlin (not that Ash could tell them apart) scored a fourth and casually celebrated with a cheeky dab whilst looking at Ciara with a ‘that’s how you score a goal’ approach. Windsor did manage to convert another chance to make the half time score 4-2.

Half time consisted of the entire team huddling under the umbrella of Marion and Simon Aldous (best fans and some professional photography from Dad) however this was short lived as it was so cold and the game resumed after a very small break.

Windsor clearly had a constructive team talk of their own as they came out in the second half with far more energy than they did in the first. Some fantastic defending from Jess, Sammie, Barney, Ash and of course Captain America Matt Sheridan kept the opposition forces at bay. Marlijn made some brilliant saves and Surbiton literally weathered the storm to build up fast flowing hockey where Del smashed the ball into the backboard. Reevsey continued to moan throughout the game about Del not passing him the ball yet, like in the first half, when he received the ball he thought he was playing in white (Windsor), not the green shirts that had been supplied for the mighty mixed team.

At some point in the second half Lily miraculously trapped an aerial and as she ‘dropped the mic’ so to speak she gave the ball back to Windsor (well done Lily). I think this was when Windsor scored their last goal to make the final score 5-3.

Lily was voted DOTD due to her chundering antics (may have had something to do with Saturday night’s escapades) which involved her abandoning her car for Captain America to park. MOTM was given to Ciara Aldous for her work rate and general fantastic play.

The mighty mixed team continue their run and will continue to fight for a place in the final at Lee Valley Hockey Centre. Well done to all that played and hope everyone has warmed up after Storm Dennis. 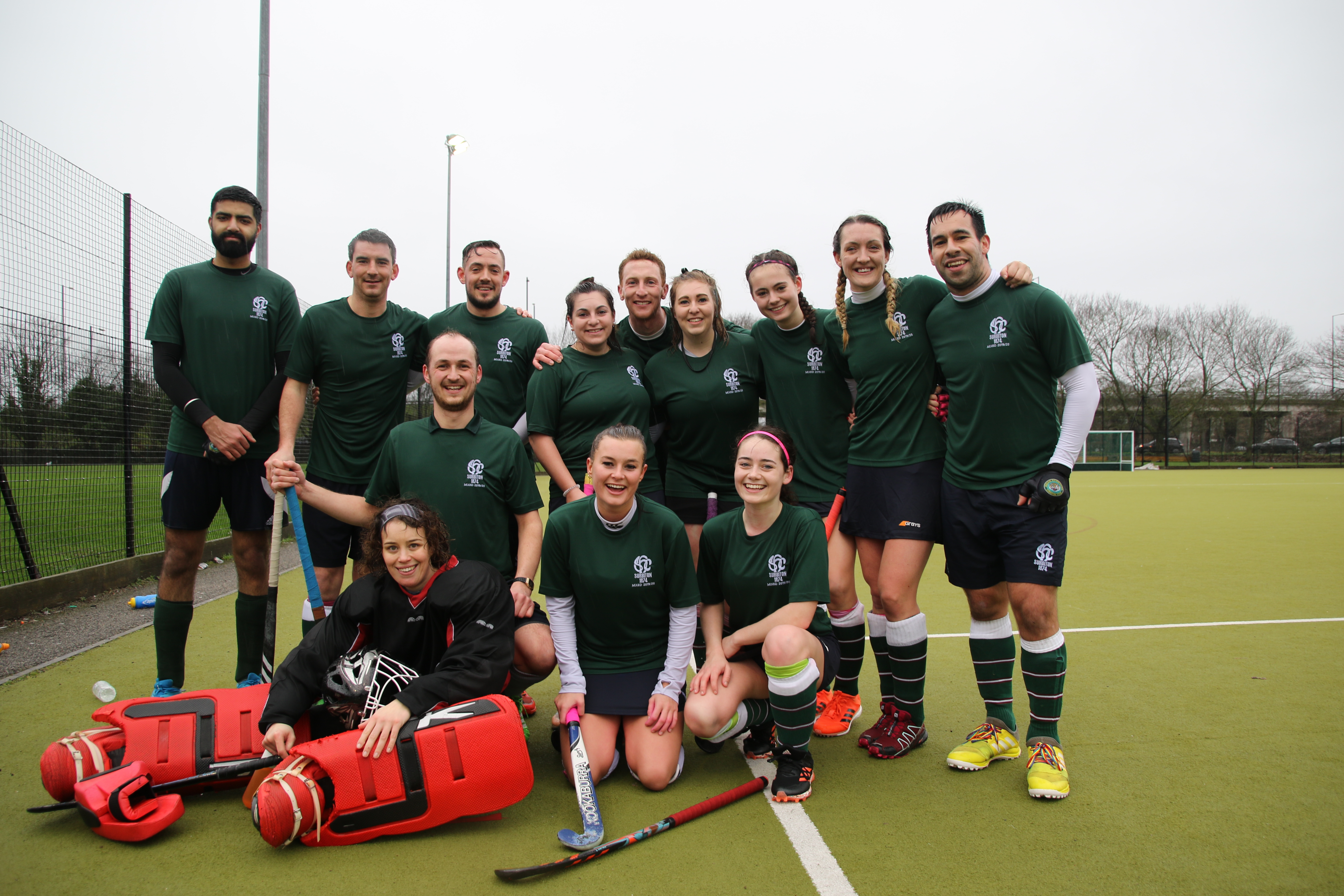