A number of SHC players were involved in England’s Pro League matches against Argentina over the weekend.

For the women, L1s players Sophie Hamilton (previously capped for GB) and Darcy Bourne, who has grown up playing hockey at Surbiton, made their England debuts in Saturday’s 5-2 defeat to the Olympic silver medalists. Both players acquitted themselves well alongside experienced L1s goalkeeper Sabbie Heesh. England’s goals were scored by Hollie Pearne-Webb and Ellie Rayer.

On Sunday, Bourne and Heesh were both rested while Hamilton got a second outing as Argentina repeated Saturday’s scoreline with some dazzling attacking skills on show from a number of players. England rallied in the final quarter but late goals for Rayer and Holly Hunt weren’t enough to reduce the deficit.

The men’s side was captained by SHC first team players Tom Sorsby and James Gall on Saturday and Sunday respectively, while Tim Nurse made his senior debut in some solid performances in England’s backline. Nick Park also demonstrated why he is so highly thought of as an emerging young international half back, with Dave Goodfield chipping in with some incisive attacking skills to create chance and earn a number of attacking corners.

England went down 2-0 on Saturday after an early field goal and an overtime penalty corner in the third quarter. Sunday’s game was closer, with England arguably the dominant side for most of the game but with one eye on the constant threat of Argentina’s quick and skilful attacking players. Despite several penalty corners and handful of open play chances, England found themselves on the wrong end of the final 3-1 scoreline.

Congratulations to Darcy, Sophie and Tim for making their senior England debuts, as well as to Tom and Jamma for wearing the captain’s armband for the first time.

England’s next Pro League fixtures are in early April, with the men’s and women’s squads travelling to Bhubaneshwar to take on India. 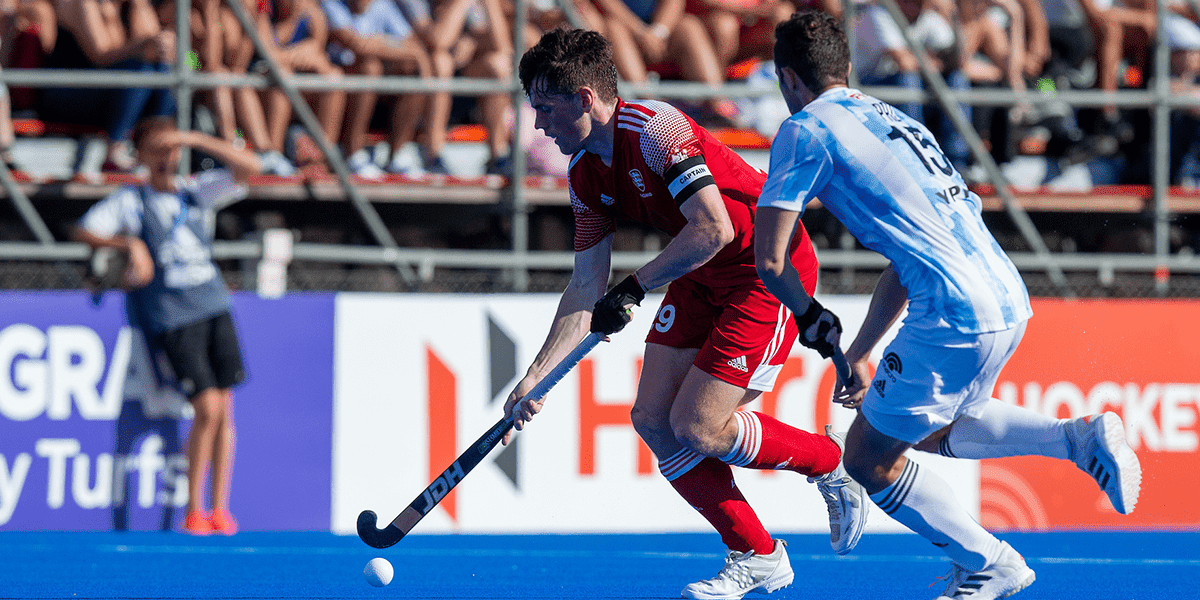