Congratulations to our three Colts teams who competed at the Indoor Nationals in Wolverhampton at the weekend.

The Boys Under 16 came third on Saturday’s U16 Clubs Finals Day. After a strong performance in the pool stages, with a 100% win record (4-2 against Doncaster, 3-0 against Old Loughts, 1-0 against Trojans), the boys saw their hopes of a place in the final dashed against Cheltenham in their semi final.

Coach Frankie Bryant said, “The Boys U16 lost in the semi-final of the national finals having won all 3 of their group matches, a good experience with plenty to build on.”

For the Under 18 Girls, a 2-1 win over Bowdon, a 1-1 draw with Repton and a 2-0 defeat against Knole Park was enough for second place in the pool on goal difference. The team played out a tense semi final, drawing 1-1 with Isca but taking a 2-0 shootout victory. The final against a strong Knole Park side was a repeat of the 2-0 defeat in the pool stages leaving the girls with a silver medal.

Assistant coach Emily Guckian said, “The girls stayed disciplined throughout the tournament and put in a performance to be proud of. For some of those girls it was their last U18 indoor tournament and hopefully they came away with positive memories and learnt a lot from their time playing indoor with Surbiton.”

The Boys Under 18 competition saw the teams who took second place in the pool stage fight it out for the gold medal. Surbiton finished behind Repton in the group after a 2-2 draw (vs Repton), a 3-1 win over Doncaster and a 2-2 draw with Clifton Robinsons. A tight 3-2 victory over Brooklands in the semi final saw the boys drawn against Old Loughts for the final, which finished in a close 2-1 defeat and a second placed finish for the boys.

Coach Frankie Bryant said, “The BU18 had an agonising finish to good day just missing out on a national title, they played some great indoor hockey against some top teams.”

Well done to all three teams for a fantastic 2022 indoor campaign. 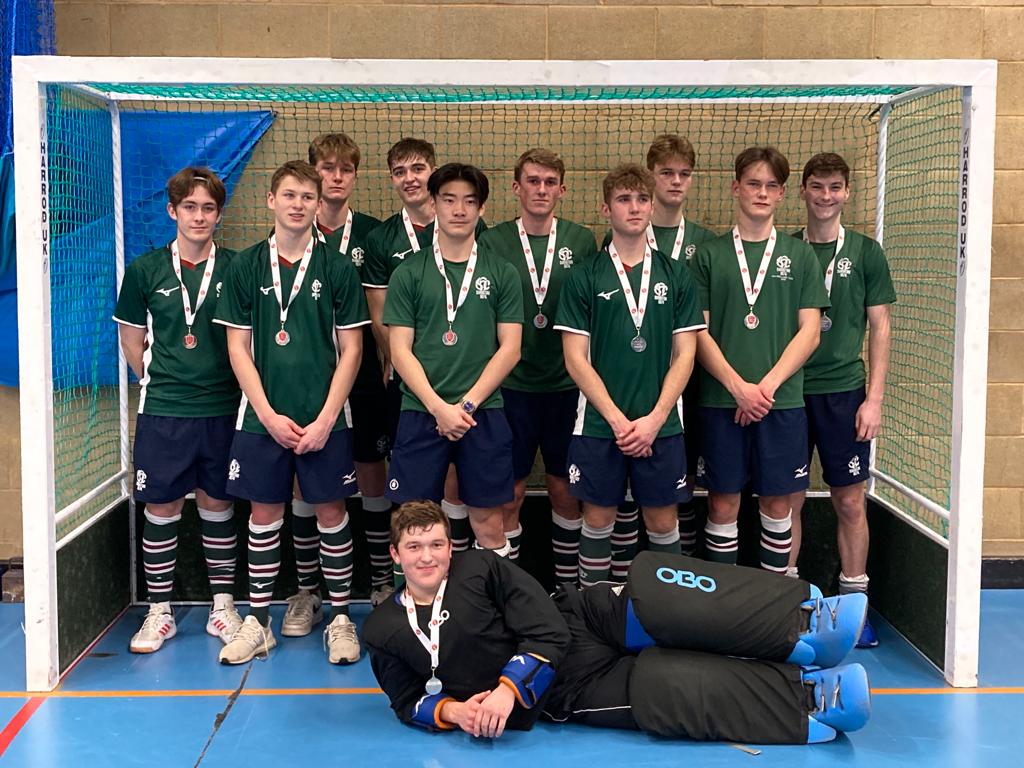 SHC Boys U18 were runners up in the National Indoor Finals