Surbiton player Emily Defroand is hanging up her stick after being part of a hugely successful era for the Ladies 1s.

Emily, affectionately known as ‘Em D’, has had a hugely positive impact on the Surbiton Ladies first team since joining SHC from the University of Birmingham in 2016.

Since opening the season with a scorching strike on a memorable Surbiton debut six years ago, Em D has gone on to amass 75 games for the club, scoring 6 goals. Her club honours include five national title winning campaigns, as well as two Tier 1 Cup wins and a number of strong performances at European Club level.

Away from club hockey, Em D also made her mark in the international game, winning European and Commonwealth bronze medals on the way to making 55 appearances for England and Great Britain’s senior side. She was sadly forced to retire from international hockey at just 26 after a tough run of injuries.

Em D’s incisive ball carry, link up passes between the lines and high energy style of play made her an influential midfielder player, but the positive impact she has on everyone around her from team mates to coaches is also a legacy she can be very proud of. Em D’s competitiveness, approach to the game and her trademark Essex accent will be hard to replace!

L1 head coach Brett Garrard says, “Em D will be greatly missed within the squad. Her ability to lead and read the game under real pressure is a unique quality and one that she showed in abundance during her time at the club. I know the last few years have been tough for Em D to manage with injury and international selection but the way she has always handled these challenges is testament to her personality. She’s always been a great example for others to follow and I wish her all the best as she moves on to the next part of her journey - I’m sure we’re going to see her name up in lights in football media world in the years to come!”

Em D says, “It’s been an absolute pleasure to play for Surbiton over the last six seasons. I couldn’t be more appreciative to everyone at the club - both on and off the pitch - for making my time in a Surbiton shirt so special. Being part of a squad that has won so many consecutive domestic titles has been an obvious highlight but I will cherish the people that I have shared this chapter with the most. I wish everyone involved at SHC all the very best with the upcoming season and beyond, and I look forward to seeing every aspect of the club continue to go from strength to strength in the future.”

Em D started in an exciting new job with West Ham United last year and will continue to provide inspirational support for accessible grassroots hockey through her involvement in the Spencer Lynx community programme, Flyerz and in clubs and schools. From all at the club, congratulations to Em D on a fantastic career and best wishes for your next adventure! 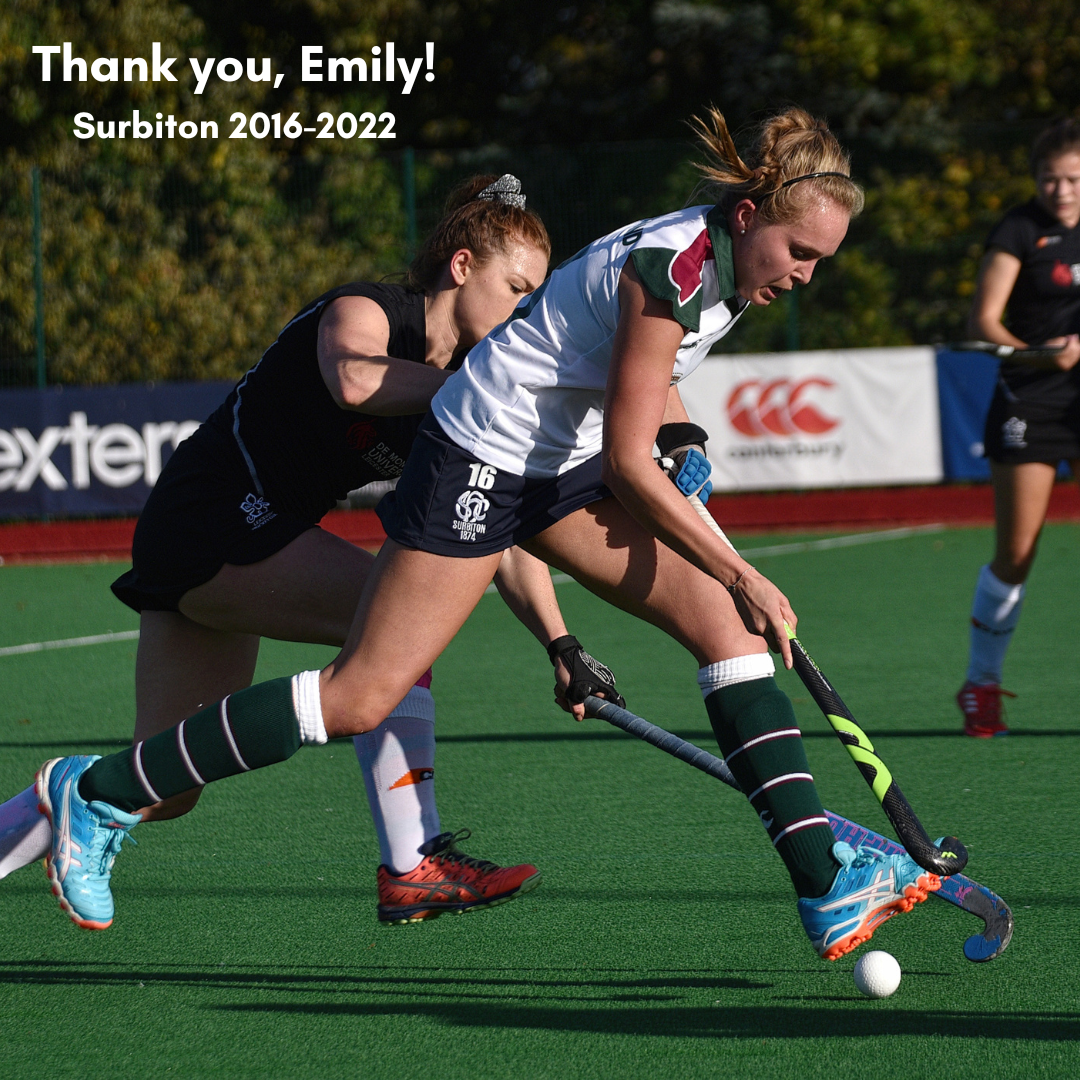