By Simon Fitch & the Sparticans squad

The Sparticans’ first victory of the year came, rather unexpectedly, in the kitchen rather than on the pitch as no fewer than 15 of the squad answered curator-in-chief Fitchy in his challenge to prepare a dish in honour of the Surbiton kitchen, whose match teas we so miss.

Most of the team woke up to find the first entry already submitted, by original Spartican Chris down under (as per the photo, they have sun there!) – Chris’s crustacean cornucopia set a high bar, which team members young and old reached and exceeded in our cooking competition.

Dish after dish was submitted, taking into account a wide range of tea times, and sent to our esteemed judges for their assessment on two grounds – 1) hockey tea-ability i.e. would you want this after a game, and 2) overall attractiveness. We are particularly grateful to the team behind @hockeymatchteas – one of our favourite twitter feeds, Ann – SHC Supremo, and our own Gaffer, Richard Curtis for taking the time to mark entries which ranged from the simple but effective (a fully loaded baked potato drizzled in HP sauce) to the altogether more extravagant – Scottish salmon marinated in garlic, ginger and lemongrass, roasted on a bed of sweet potato dauphinoise, infused with Kaffir Lime leaves and finished with a coconut milk, red chili and coriander jus. Truly, the team interpreted their brief in differing ways, including a dessert and cheese course…

A number of entries were deemed worthy of particular mention, including:

In the final reckoning, Oliver Fitch was awarded the Young Masterchef prize for his delicious salmon pad thai, with the team relieved that he had inherited yet more from his mother not father.  Overall third prize was awarded to Steve Iffland for his chorizo infused bangers, chunky wedges, grilled peppers with a garnish of petit pois (and a castle lager).

And in dramatic scenes, first prize was shared. Mike Street won overall attractiveness (of the dish, to be clear) for his Pan seared medium rare rump steak, with a cajun spiced dry rub, diced iberico chorizo, on a bed of long stem borroli, kale and peas cooked with minted butter and seasoned to finish. Check out the recipe below!

And finally, James Warren also won first prize, and hockey tea-ability for his sumptuous Pork Pibil Nachos.  As a final touch, Ann has confirmed that some point in the future, this dish will inspire one of the club’s delicious match teas, so you’ve not seen the last of James’s nachos. 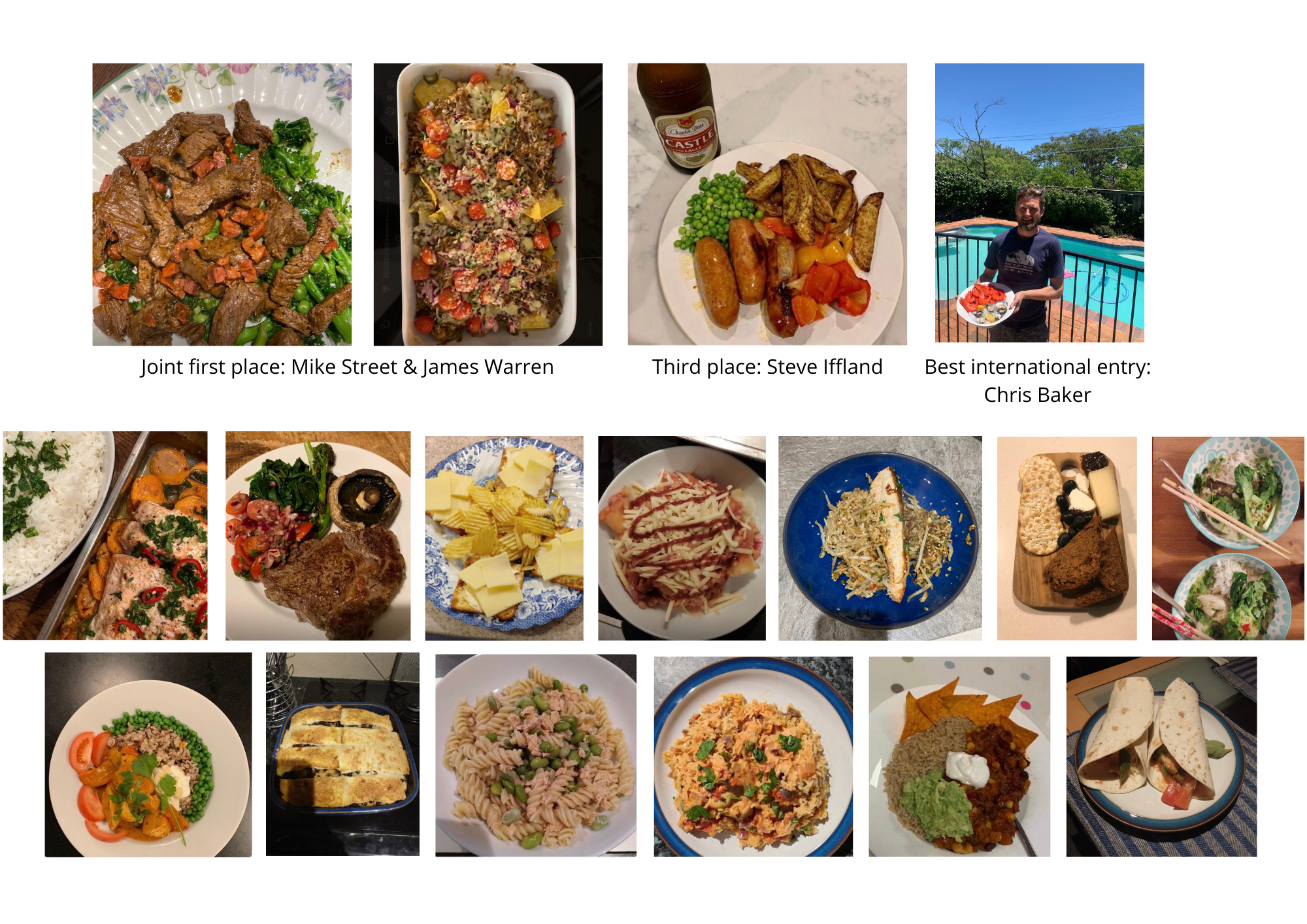