Sparticans Stay in the Hunt for Promotion with Teddington Win

After a good performance and three points against third place Epsom a week ago, this past Saturday saw the Sparticans take on top of the table Teddington at Broom Road.

Once again, their Pitch 1 saw us playing on the hottest day of the year (this happened three times last year) and once again the Sparticans struggled somewhat in the 90% of the pitch not in the shade. But we won, just, and retired to the outside bar to toast another great game in Division 6 and to reflect on a job well done.

We started very sub-optimally and Teddington deservedly took the lead with a stroke early on. Somewhat against the run of play, Gary set up Fitchy with a trademark pinpoint aerial allowing the latter to finish and equalise. There were another two goals in the first half; for them, off the post and for us, a great clearance into the far post from two yards by Steve after Matt put it on the plate nicely.

At half time we retreated to the trees and reflected that we’d improved significantly during the half and there was all to play for. The second half had everything; the post and the cross bar, and our defenders and Save It Lee came to our rescue, whilst at the other end we created some chances of our own. From one of those Kev rifled a cross over and Fitchy finished again. The game certainly wasn’t over but we saw it home and, indeed, had a run of unconverted short corners at the end of the game.

Despite some dubious voting, over the debrief Matt won Moment of the Match for showing all the skills at the back, and Fitchy won Spartican of The Day for his goals. Fortunately, he’d brought his big bag for the new trophy. Teddington could well have shaded the game and we hope to see them in Division 5 next year for more of the same. After we’ve had a sit down and a rest… 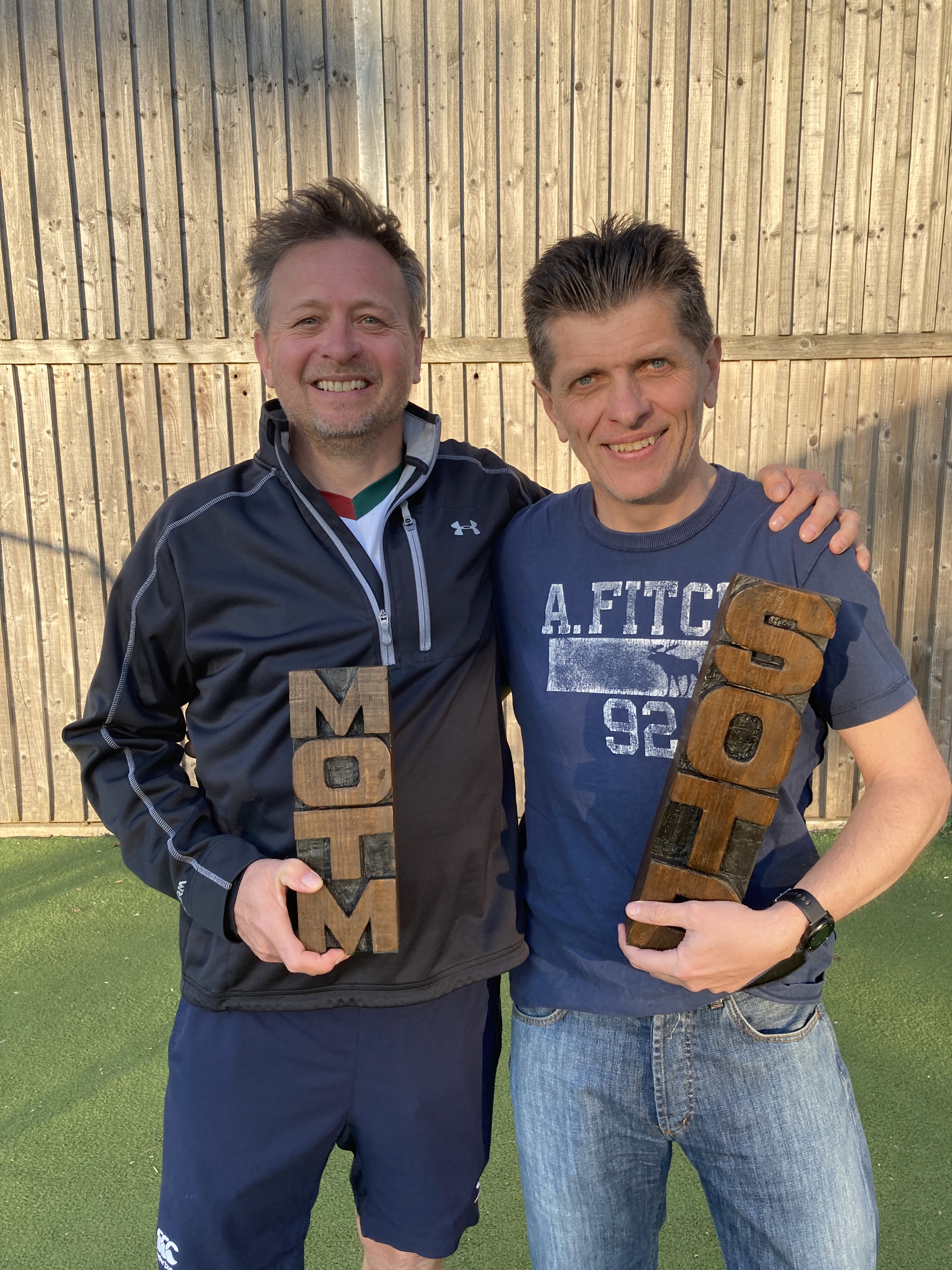