Today’s game was a clash with the top of league team. With an average age of 14.5 years, they had quite a few advantages over us. The Sirens average age today was 42.6 years.  A slight difference! But we had kept them to a 1-1 draw in our away game back in November, so we were hopeful.

We had two debut appearances for the Sirens: Suzanne Todd (last seen playing for L4 and she has played with The Beaney… so I think she knows what she is doing!) and the wonderful Chloe. Both ladies are current B2H players (and the team today consists of 10 ex-B2H players – how amazing is B2H).

It was also Tracey’s birthday today – so after birthday songs, presents and much laughter, the game started.

Spencer came at us quickly and skillfully and were soon one goal up. Tracey managed to swear (at herself for missing the ball) in front of the oppo’s parents (which she apologised for) but luckily they all just laughed at me (thinking about it, maybe they were wondering what on earth a 54 year old was doing trying to play against 14 and 15 year olds!).

The shorts and long corners came quick and fast. Katie J was playing in the sweeper role for the first time and was so solid. We were also playing a slightly different format with Sophie playing in a deeper midfield role (she was awesome). We had a few balls into their D and some shots on goal but it was hard work. By half time we had kept them to 2-0 and, “We could win this” was the half time talk.

We played a more attacking game in the second half with great movement from the forwards but we still couldn’t get past their keeper. The relentless attacking was very tiring for the team but the defence worked really hard, stopping many onslaughts. But sadly three more goals managed to squeeze in and the final score was 0-5.

Sirens have slipped to fifth in the league table but we have a game in hand over fourth place and they are only two points ahead.  So, all still to play for.

Tea was amazing and then the drinking began. Lots of jugs of beer, laughter and lots of LOVE! 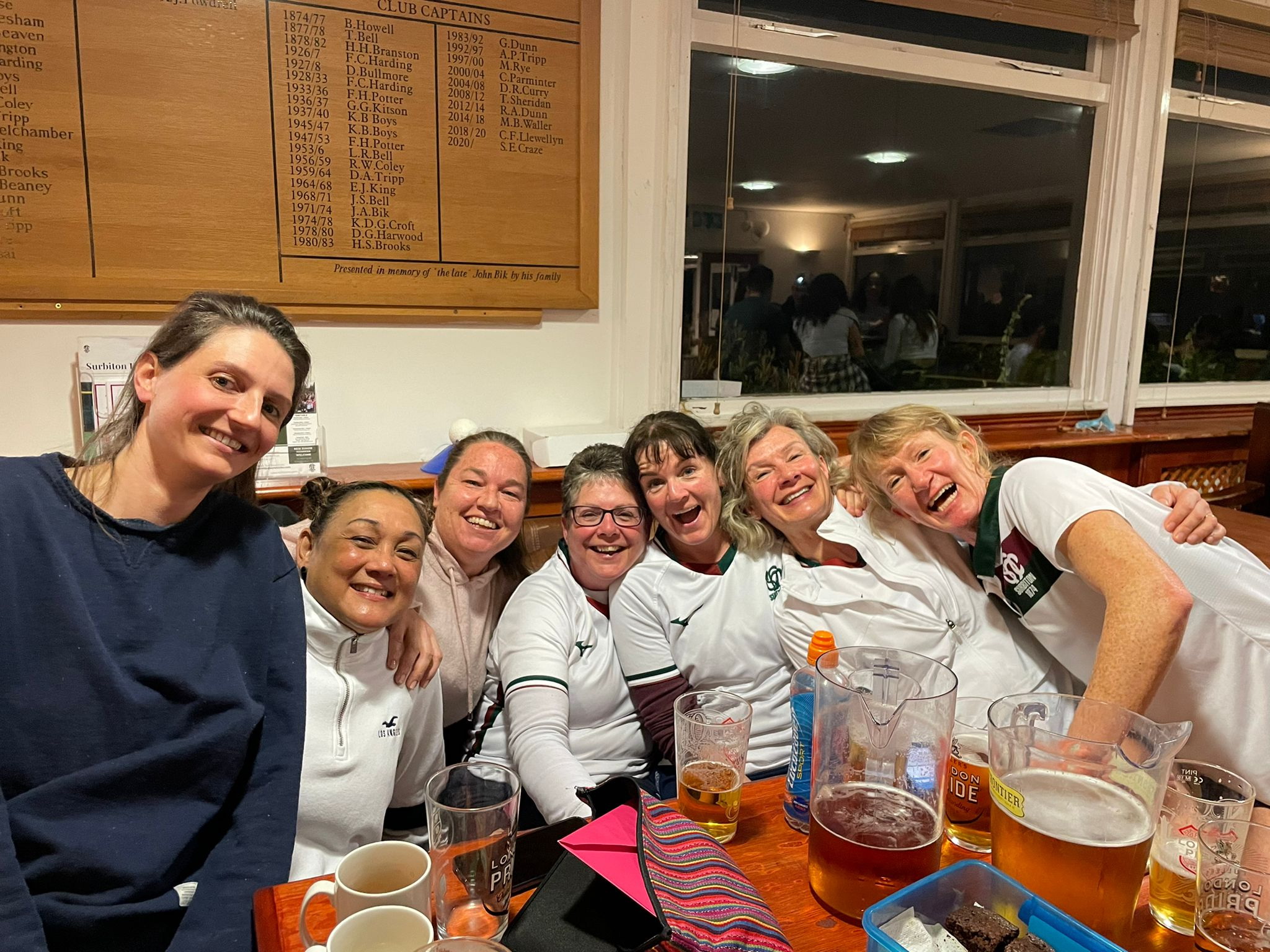