Newbie coach Will Quinn oversaw a 6-0 victory for Surbiton BU14 Seals against Woking at a sun-drenched Ditton Field.

The upcoming EHL tour to Amsterdam has seen orders for Mizuno merch and much excitement. However, given the choice of bag used to ship merch by Steph, there was concern as to the state of trading at Lloyd's of London. Steph's normal Balenciaga shopper had been replaced with a Sainsbury's bag for life. Relief was felt by all around when it transpired that the Sainsbury’s bag had been procured to ship a job lot of Anya Hindmarch limited edition shoppers last month. Phew. Issy Bennett, not one in need of attending assertiveness training, was elbow deep in Steph's shopper before you could say "midlayer": her efforts only resulted in crumpling some neatly folded recently numbered shirts. And breathe.

Jude/Mike kept everyone guessing by not quite remembering to hand his shirt in to be numbered but decided to wear a white bib (rather than his shirt) anyway to send your writer down a Google Sheet rabbit hole.

And so to the hockey - the easy bit. Cowling proved he has brains as well as brawn by positioning himself at the back post to deflect an Olly drag flick and a Coxy shot. Barney showed a nice bit of wobble as he rounded the keeper and finished on the reverse stick. Ben B showed some pace and neat passing game in the inside right channel. Toby displayed good eyes-up running as he hit the base line on the right and found Fordy on the p spot to slam home a one touch finish.

There were a number of contenders for the showboating award but the winner was Coxy who managed to nutmeg his opponent with some 3D skills which looked like a flic flac. Other goal scorers were Olly and a first SHC goal I believe to newbie James K. 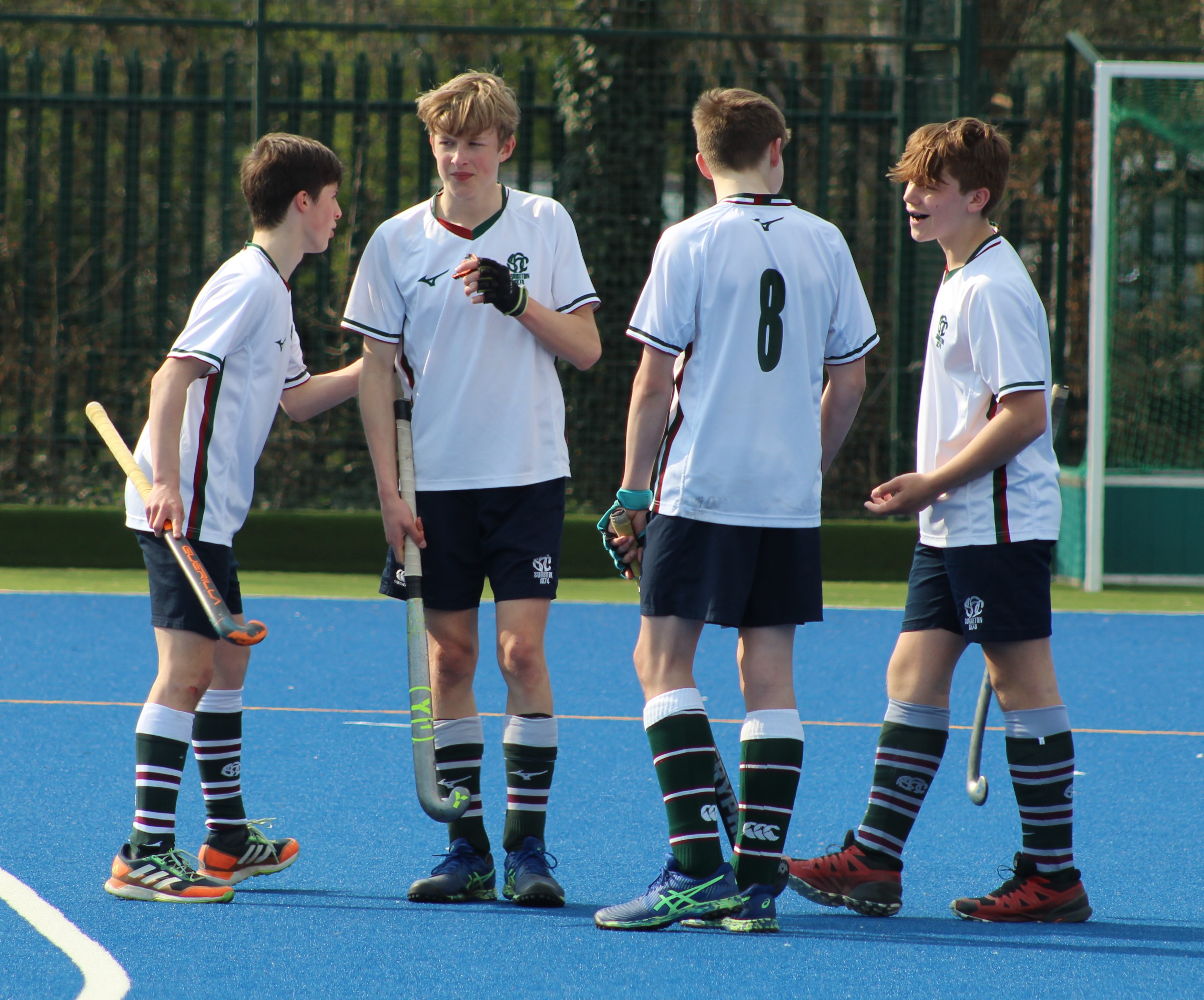