Ladies 5s Lose Out at End of Good Performance

The match between London Eds Ladies 1s and Surbiton Ladies 5s started strong, with both teams being quite evenly matched. Surbiton held their press strong for 55 minutes. They made sure to keep the press tight and mark the middle of the pitch. This meant London Eds were forced around the sides of the pitch a lot of the time.

At the end of the first half the score was 0-0 and Surbiton’s captain Emily gave the team an encouraging talk before the second half.

In the second half London Eds won quite a few short corners but Surbiton’s defence managed to keep the score at 0-0. However, Eds eventually managed to break Surbiton’s press and score their first goal. Surbiton continued to play strong but unfortunately London Eds scored a second goal by winning a short corner in the last five minutes of the game.

Amelie won POM for her critical saves and keeping cool under pressure.

Simmi got DOD for attempting to defend without her stick. 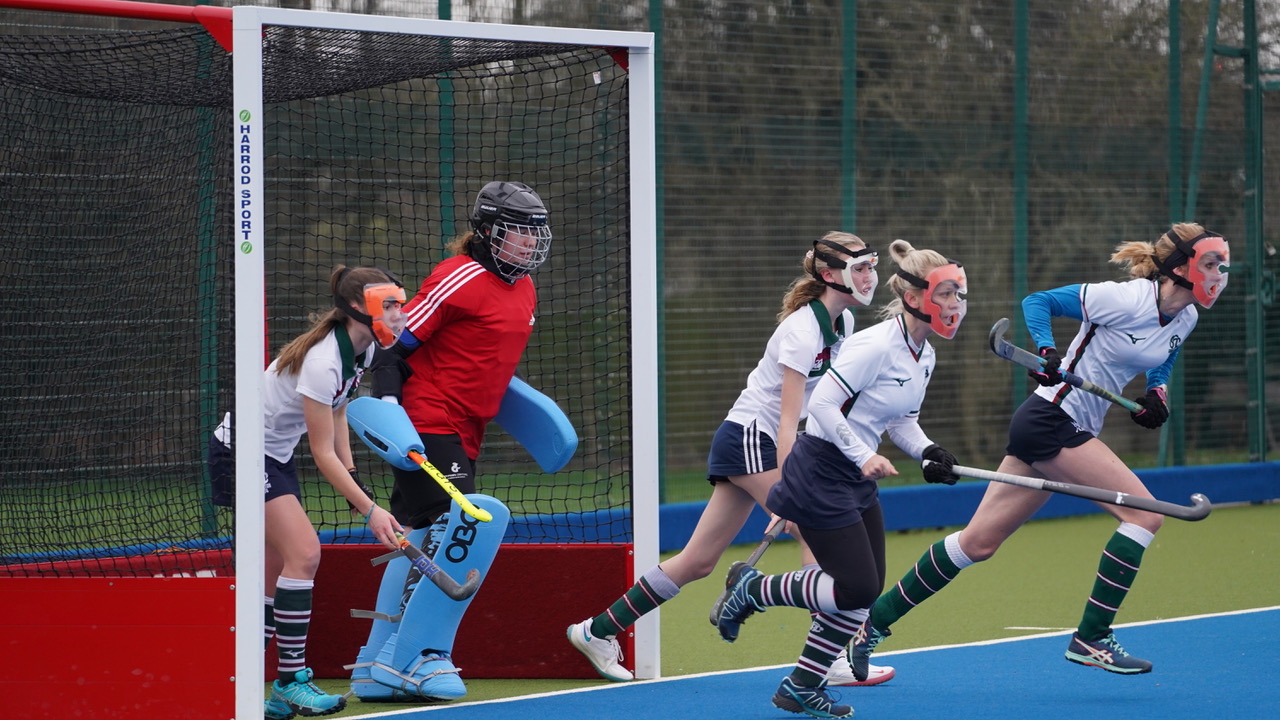