The U14 boys battled hard in a long afternoon and evening at the Copper Box to take the bronze medal.

Coach Frankie had enlisted first team stalwart Rob Farrington as head coach for the day. In the same way that one might think a slip cordon of Mark Waugh and Shane Warne might snaffle everything but see the ball fly between the two (each one thinking the other had it covered), so the task of registration proved more challenging and only after the second "Come in Surbiton" over the tannoy had the boys formally entered the competition.

An early victory against Chelmsford was followed by a draw against Marlow. This left the boys with a must win game against Wimbledon to secure a place in the top 5 play off. A 2-0 victory was secured on the basis of strong distribution from Toby and skilful work from Geering.

The break in play gave the opportunity for on watching parents to get their head around the arcane rules of indoor hockey: it seemed that, in general, there was the whiff of the enforcement of rules governing the use of the local municipal swimming pool: no sweeping, no bombing, no drilling, no chewing gum and no heavy... tackling.

The boys struggled in their opening encounters in the group of 5: in the game vs Canterbury the players adopted a Keegan-esque "we'll score one more than you" approach. But realised that being 2-0 down after 3 minutes was less than ideal.

UK Lions, the mid-market Harlem Globetrotters of hockey played the best hockey of the day and zipped the ball around with panache and were worthy 4-0 winners. They also took the unofficial title of best headband of the day - thankfully the wearer in question had the game to back it up. Players take note.

The boys were left with games against Knole Park HC and Cambridge to get some points on the board. The Surbiton side drew support from other teams in their game against Knole Park which seem to (almost) drown out the coach's instructions - Isaac in goal was on top form and repelled everything that came his way. A 1-0 win to Surbiton - onlookers look forward to an outdoor game that was postponed pre-Xmas.

The final game against Cambridge saw skilful forward play from James and strong pressing from Dan. But it was the composure from young Barney which lead to the opening goal: he held up the ball and whilst less savvy players would have tried to score, he drew the keeper and full back and played a neat return pass that left Geering passing into an empty net. Cowling scored a second to confirm (through Jonnie’s immaculate mathematics) a very creditable third place.

Thanks to Rob F for coaching on the day and Frankie for today and the prep evenings at Kingston Academy. 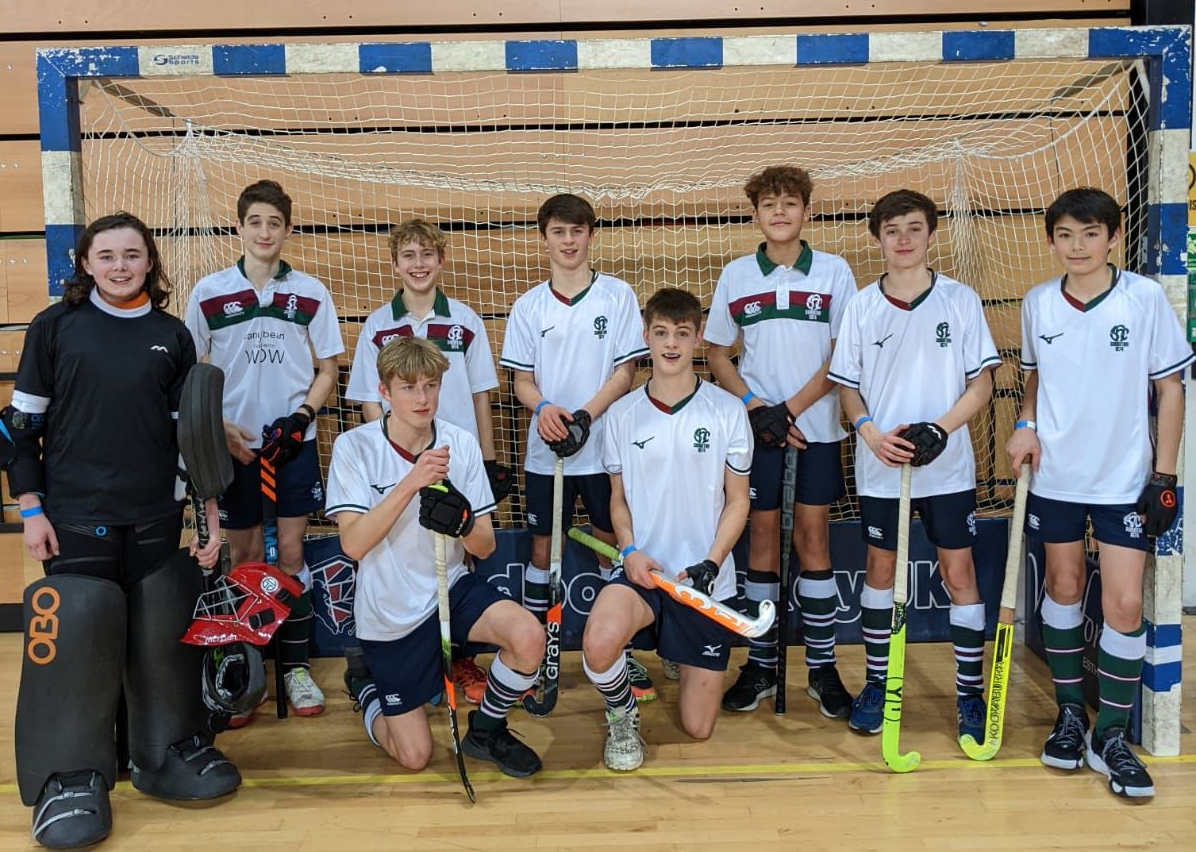