Surbiton BU14 Seals put on a convincing display to progress past Guildford in the Semi Final of the England Hockey Tier 1 Cup, winning 7-0.

The boys were fortunate to have Double Olympian Dan Fox and all round good guy (the Chris Woakes of hockey) umpire the game.

The previous game against Guildford had been a pulsating 3-3 draw where the GHC boys had shown great skill in midfield and pace up front. Frankie, in the coaching role, knew he would have his work cut out. Underneath the coach's Northern hangdog demeanour (think Jimmy Andersen bowling with a Kookaburra on a flat deck), lies a tactical and motivational force second to none.

A squad of 15 comprising many graduates from the club's u10s, a few Bosmans from other clubs and the odd Kolpak player combined to gel in a passing display where it seemed as if the home side had an extra player on the pitch. One observer noted that Frankie's tactical prowess was pure Pep; the tracksuit bottoms and waterproof top, pure Pulis.

Toby's time in men's hockey on Saturday afternoons led to him showing strength on the ball and in the tackle which prevented the visitors getting any real foothold during the course of the 70 minutes. In beside him sat Olly whose range of passing, game management and calmness allowed the hosts to go forward using a range of options. Cowling's pace at right half proved a thorn in the side for the visitors: for all the 3D skills, aerials, fancy reverse stick passes there's nothing quite as effective as a speedster getting the ball strong and running at pace down the wing - time and again yards and PCs were won through this form of attack.

Toby opened the score through quick hands and a pushed finish. Olly showed composure in finding time at a PC to finish from close range. Goal three came from a crisp forehand Toby strike in the bottom right hand corner.

Guildford threatened with some NBA style 3D skills at right wing but James A used his pace to repel any threat and added one of those spin turns himself that drew an ooh and an ah from onlookers. 3-0 at half time and the second half continued in the same vein.

Geering and James K displayed clever running and some artistry in midfield. For every Salah you need a Milner and Messrs Coxy, Fordy, Jude and Sammie were more than happy to keep the ball, do the hard yards and break up any potential GHC counter attack. The PC count grew with both Olly and James calmly finishing.

Dexter combined fantastic work rate in applying pressure to the visitors’ defence with two open play finishes. Onlookers were surprised not to hear any Dexterisms although one suspects a fly on the wall in the locker room pre and post game would have enough material for a season's match reports. And so a final on Sunday 3rd April vs Cambridge (who beat Brooklands 4-2) awaits. 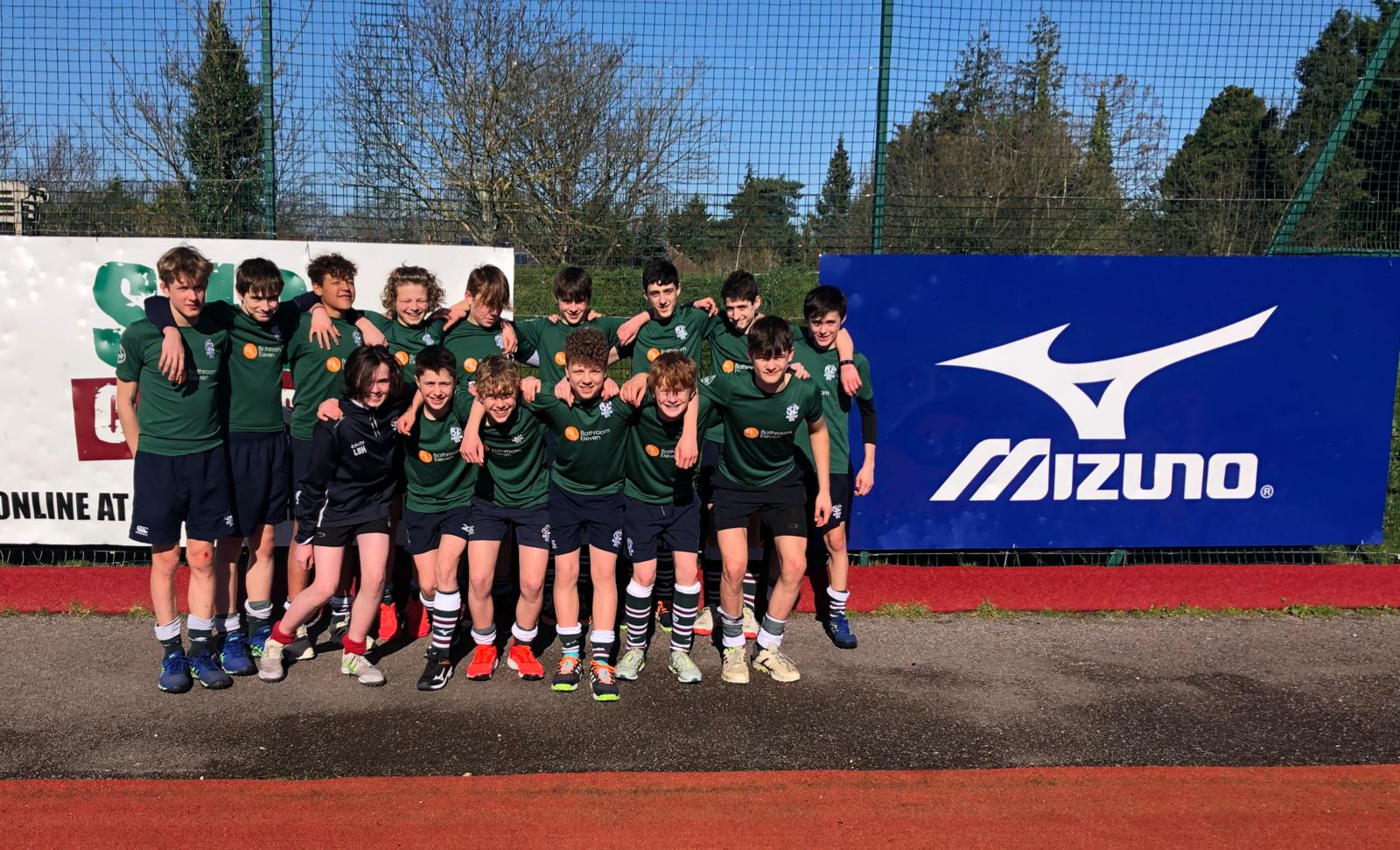 The BU14 Seals put on a fantastic performance against Guildford