And so a Friday night visit to the well appointed Charterhouse School grounds on a Friday evening for a friendly against Guildford. Whilst not quite a "Tuesday evening in Stoke" a smash on the A3 caused a blip in travel plans but the Seals managed to be more on time for an away game 35 miles away than a Wimbledon team can manage for a game up the road.

Guildford had very skilful players in midfield and Messrs Geering and Thomson matched them skill for skill and in their running. It's a rule of U14 hockey that if players/coaches shout "Outcome " multiple times the penny will drop and a player will dump it onto an opponent’s foot and win a penalty corner. And so Olly stepped up and rifled the ball home.

The Surbiton lead didn't last too long with Guildford equalising before the break. Half time gave parents the opportunity to take stock on their respective efforts to keep out the cold. Generally the mums' choice of Italian sourced wool/cashmere combined with self heating gloves was deemed more successful than the dads' efforts which can be best described as Bonfire Night couture styled by Sports Direct.

Guildford continued to look dangerous on the break and grabbed the next goal. Surbiton continued to play a patient game of passing hockey with Olly stepping into midfield and showing fast hands. Another PC was earned and young Barney applied a one touch finish to wheel away in delight with a grin on his face that his older brothers can only dream of.

Olly struck from another PC (if memory serves right a ratio of three goals from four PCs would send the stattos into a frenzy) but Guildford had their own drag flick specialist who scored late on to finish the game at 3-3 which seemed a fair reflection of the game as a whole. 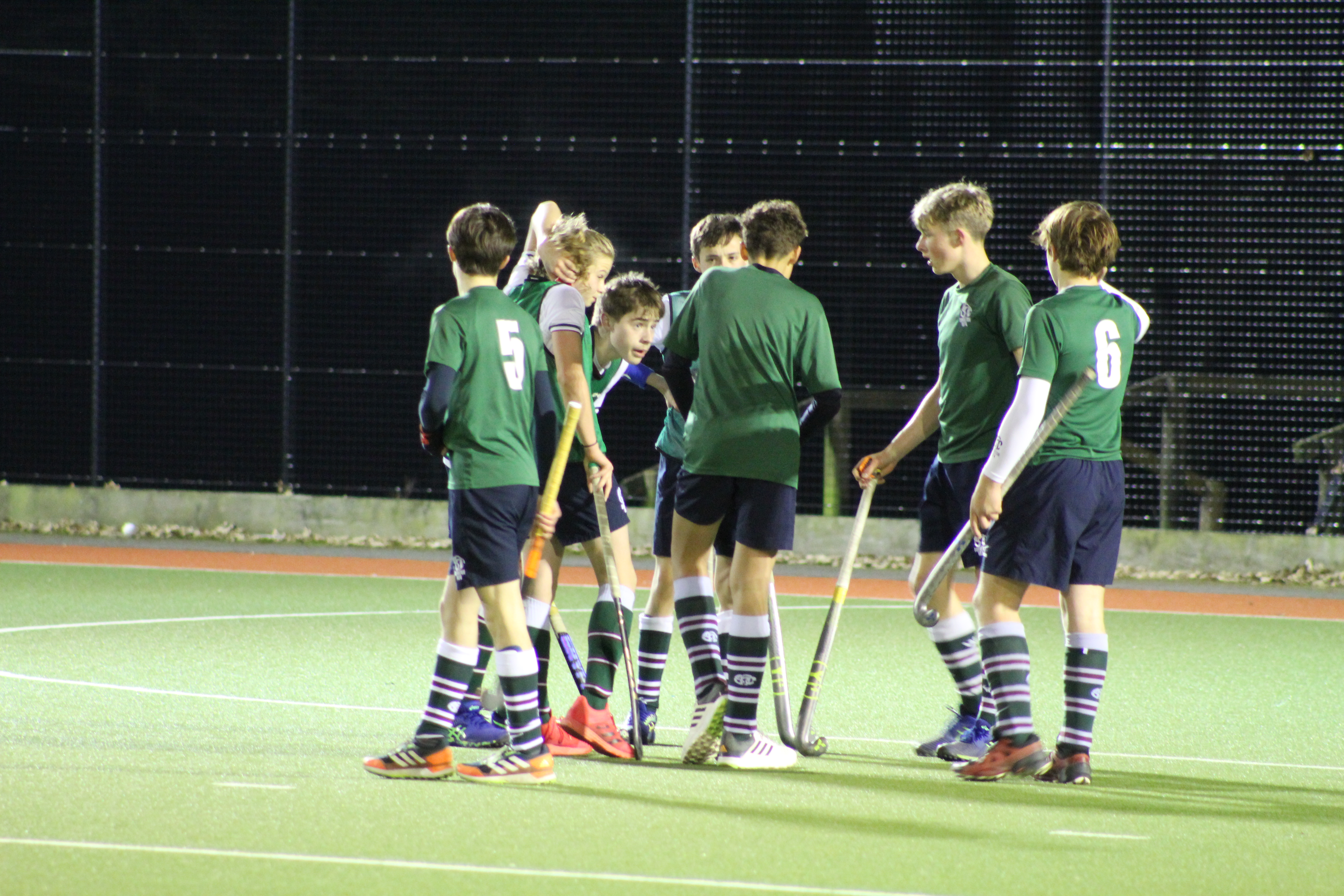