6pm Friday and Eastcote had six players so our Admin man mailed around and found four to help them. They appeared eventually with nine but the keeper was stuck on the M25.

So we start against a non kicking back but a) he had a very good eye, b) we could not shoot straight and c) one umpire thought they were allowed a kicking back when he saved a shot with his leg and the other didn’t see it so when Suresh found a stray keeper we were 0 – 1 down because young Beaney scored a very good goal. And so it went on with the SHC Eastcotes playing really well and us not.

We never really improved as a team – everyone was trying hard but we did not connect, it was interesting for Umesh’s son to see another side of his Dad! So we slipped gently to a loss but it was a good game of hockey and gave 26 old people a bit of exercise.

It was enjoyable to have a slice of sociability afterwards despite being told off. Ooops I nearly forgot – thank you to the two umpires; it is actually appreciated by the players.

Basically the Admin Manager got it all wrong by loaning Eastcote four good players – yes sporting but stupid but he made up for it by mailing absentee Eastcote skipper and questioning “league” or “friendly”. The phone call in response agreed FRIENDLY – league to be rearranged. 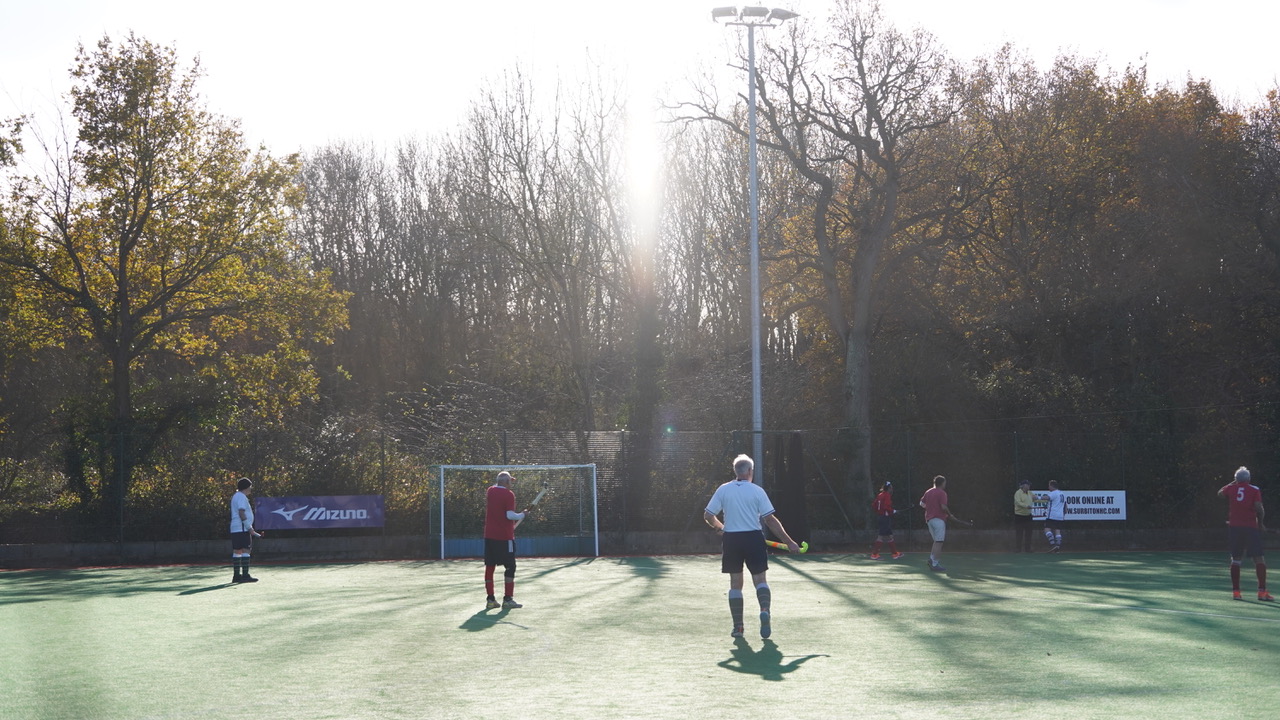