Stuttering Sparticans Have Their Day in the Sun

Maybe slightly predictably, Saturday was a classic case of After The Lord Mayor’s Show for the Sparticans as we struggled to reach anything like the heights of last week’s trouncing of Purley Walcountians (a game I predict we’ll stop talking about in roughly 2030). Yes it was early, yes we were on the show pitch for the first time for ages, and yes they were competent and competitive, but we were resolutely average throughout, and knew it.

With 16 players, plus the Gaffer and Assistant Gaffer Iffland – put up for the toss as we always win that way – the Sparticans marshalled their troops throughout but all our combinations laboured to our eventual victory. Even the goals weren’t vintage – a deflected corner in the first half and then Fitchy completing what he started in the second half with a short corner variation which surprised him and his team mates.  But a win’s a win and there were plenty of moments to reflect on.

Mr Anderson’s generosity at the back won him Moment(s) of The Match. More hard fought was Spartican of The Day. Ciaran deservedly won votes, and was unlucky not to score a great deflected goal, but in the end Mike and Save It Lee won an unusual joint award. With our numbers and the complexities of groups of 6, next season will surely see a rethink in terms of voting procedures.  I’m on the phone to the Electoral Commission as we speak.

As one of our number noted whilst the Merton captain and Andy were debating the rules in the second half, the highlight of the day was to come at the end of the game.  For the first time since December we had teas to accompany our debrief. And pints in glass glasses – one of which was quite correctly served to Apples. And jugs – and more jugs, as the team made light of the 10.00 start time. Curry and a pint at 11.30am could well catch on, and we were very grateful to the SHC clubhouse team for their excellent service. And fair play to the guys, we did stick to the rules.

And so we eventually went on our ways, after a great day out. A special thanks to Andy and Evie for controlling the game well, very good to see our young umpires coming through (not you, Andy!). Next week we complete the Croydon Farewell tour with an 11.30am start at a school. And hopefully we’ll be back to the champagne hockey by then… 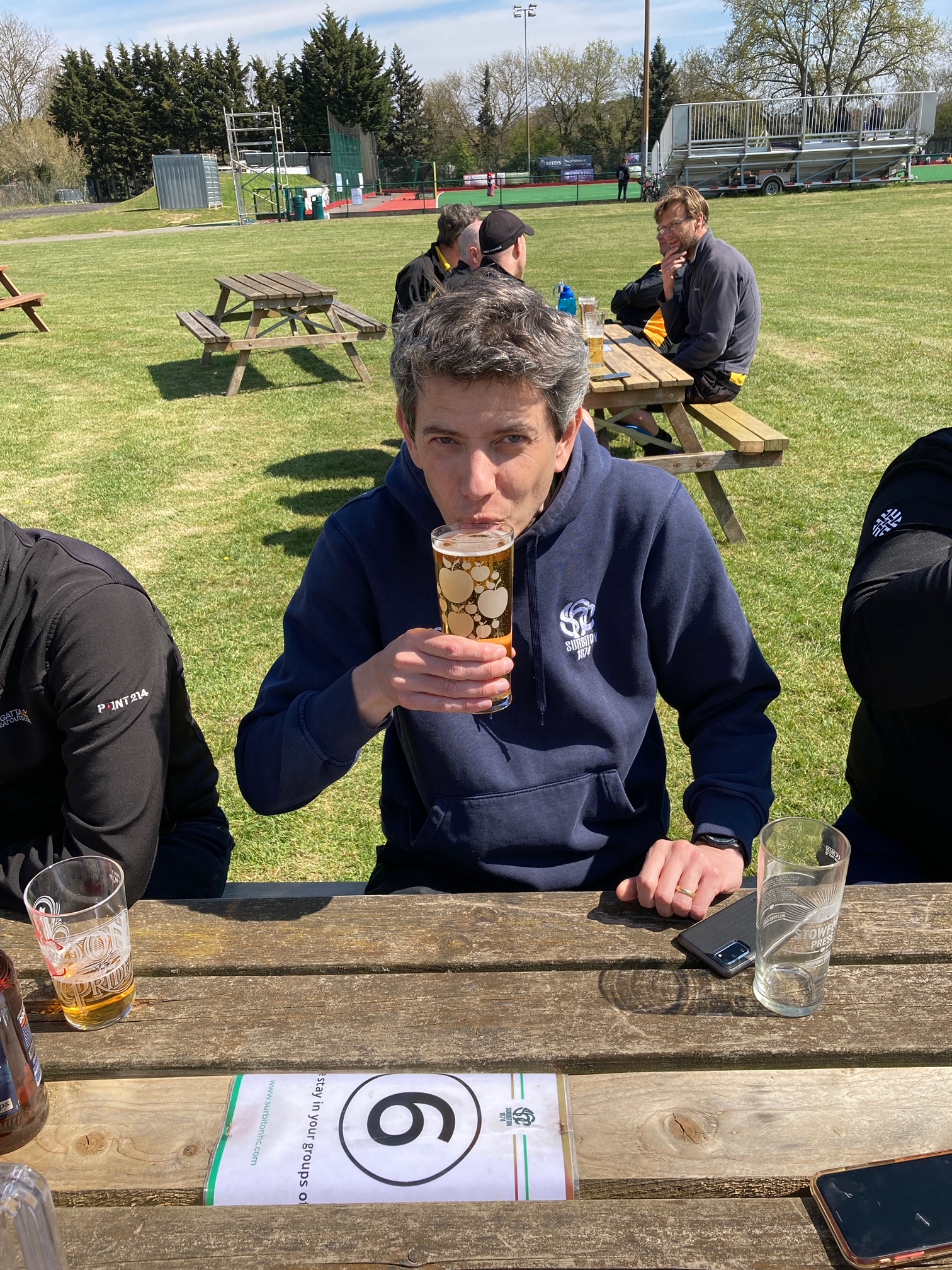