We arrived without views of the river this week, at Teddington School in what was the start of persistent rain, welcomed by a Kingfisher, and the sight of the L6s warming up on the second pitch. With only liquid sunshine to worry about we opted for the first pushback.

The Sirens countered youth on Teddington’s side with experience on ours but despite this Teddington took an early lead with a ball that dribbled over the line in a scrappy fight. Not to be deterred Sirens countered with a quick run up the left and a first goal from Aimee.

Teddington showered their attacking half with players leaving Sirens room to take heed of coach Tarek’s ‘use of space’ training this week, and spread out, leaving Aimee perfectly positioned to receive a long pass to volley in her second goal.

Much of the rest of the first half action was around the attacking goal with Sophie executing an incredible looking ‘lifted and looping’ lob over the Teddington GK that sadly ended on the roof of the goal. Lots of attempts of one-touch passing from more of coach-Tarek’s training, and only a five minute cloudburst before half term to leave dribbles of rain down unmentionable places as a reward for our efforts.

The second half started with determined effort to cement the lead, and with clouds empty at last five minutes in Aimee made her first hat trick goal to much cheering. Fifteen minutes later, with the sun finally trying to put its hat on, Jo dribbled a reverse slap towards the goal, which became slightly lost between the GKs legs and dribbled over the line.

Not to be outdone Teddington made a final counter five minutes before the whistle, snuck towards our goal and found the back of the net. Final score 4-2. LWW so far in the new league, with a goal difference of -1.

Scraping the barrel again for the Moist Mug award with a disappointing acceptance from Emma for trying to start play with her mobile phone in hand. An honourable mention goes to Claire J for a great performance out of position and POM to Leah for dogged determination and persistence in midfield. Congratulations to both teams for keeping their focus and attention despite finishing soaked through to the bone. 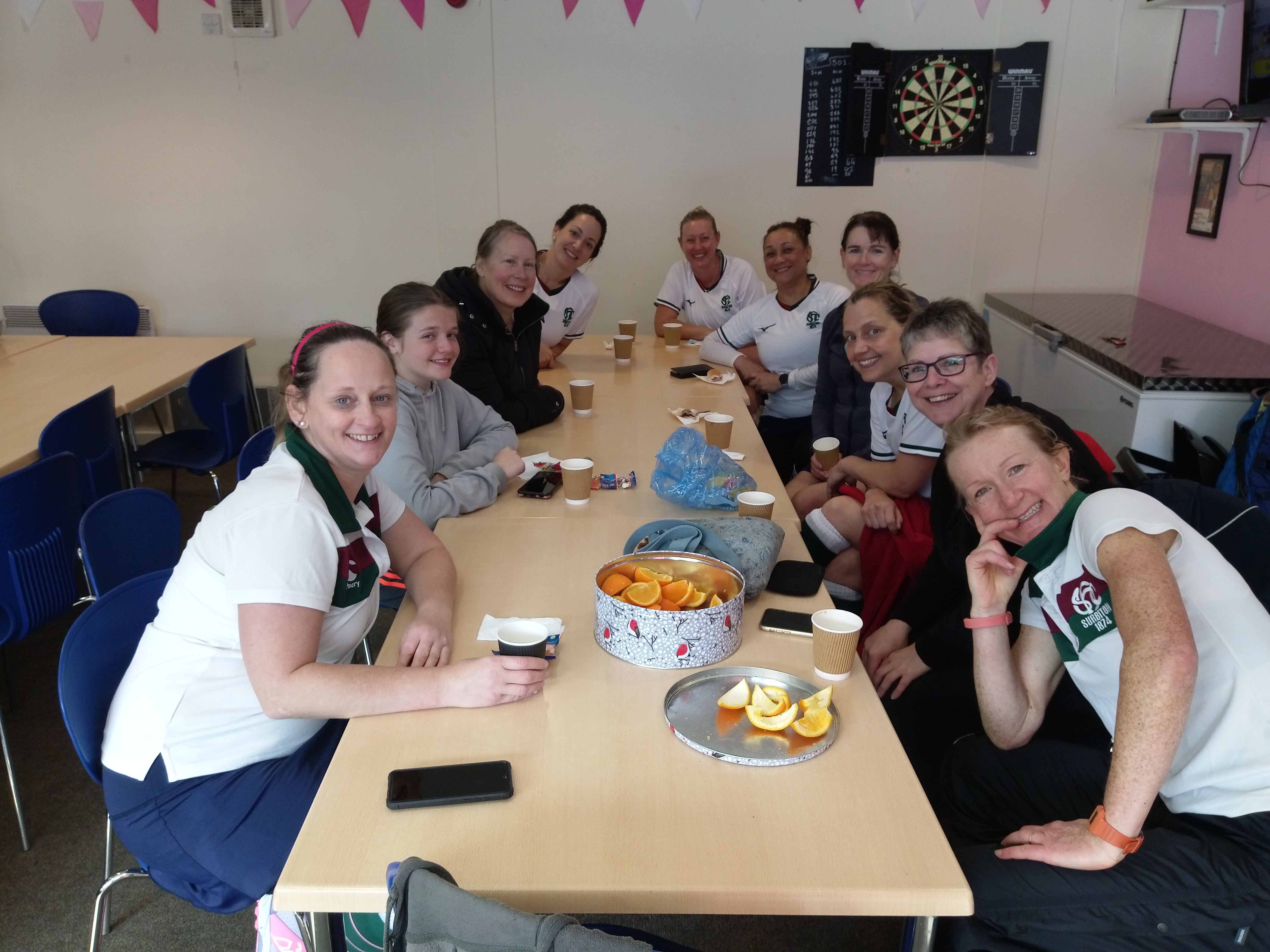