Boys U14 Seals Make It To Round 3 of Cup

The U14 boys Seals put on a strong display of passing hockey to defeat East Grinstead in Round 2 of the England Hockey Tier 1 knockout competition.

Pre-match, the Harcourts were having flashbacks of an away game at East Grinstead where the boys had been heavily beaten by EG. Cathy couldn't remember whether that was a Stoats, Seals, Scorpions or Ferrets game. No matter, the Seals, having played convincingly a few weeks ago against OGs, were soon into their stride with Olly and Coxy transferring the ball neatly around the pitch. Some two-touch hockey saw Surbiton win a short corner, which was finished by Olly on the rebound within the first five minutes.

Unfortunately Olly's centre back partner, Coxy, was involved in the sort of red-blooded challenge that his father used to enjoy before he eased back into the more sedate activity of a Sunday morning four-ball at Royal St George's. Coxy took a stick to the head and was taken to hospital to have it stitched up - we wish him a speedy recovery.

Coach Frankie, who had been on the road with the U16 boys up at Old Loughts, re-jigged accordingly; he was just glad that the testosterone levels coursing through the U16 players (which saw multiple green cards) were yet to strike with the U14 group. Related to which, the half term week seemed to have given Dexter an opportunity to download a meditation podcast, as he brought a level of calm and channelled energy to his front line play. The podcast may have to be shared with his attacking strike partner, Fordy, who seemed to have taken up the mongrel role up top. That said, calmness did resume for Fordy as he slotted home a reverse stick strike (pictured below) to finish off a nice open play goal in the second half.

The first half saw Jude finish neatly and Dexter seize on some EG indecision and the Seals went into half time with a 4-0 advantage.

The first goal of the second half was started off by a typical level of athleticism from Cowling who made a strong tackle at right back, and then calmly played the ball to one of the centre backs – the ball was neatly transferred around the back, and then some smart work from Jude and Barney H in the inside left channel led to Wabi making a circle entry and finding Cormac at the back post to seal a fine team goal. Cormac's dad, driving umpteen kids around hockey pitches throughout South East England unfortunately missed the goal but was quick to alert his youngest son that running around with shoes laces undone is not the done thing.

Geering & Thompson, a midfield combo, rather than a dusty firm of provincial solicitors, once again dominated their opponents in the game. Thompson, normally playing the enforcer role, showed he is no slouch in the skills department either embarking on a mazy run, beating two players down their open stick side and then finishing with an upright reverse stick push drilled into the far corner. Mind you, Thompson needs to take tips from his brother for goal celebrations. The game carried on in the same vein with good passing play - it was reassuring to hear at least one "Dexter-ism" - Dexter, suggesting that his team-mate, Cormac might want to play higher up the pitch shouted "Cormac, go and hold the goalkeeper's hand!". Once he (Dexter, that is) enters the world of adult hockey, it's safe to say that he may clean up with certain awards post match.

The game finished 10-0. Thanks to Wayne for umpiring. I'm sure if I look hard enough on a (temporary) version of GMS, DMS, DOS, on the England Hockey website I should be able to work out who the Seals might face in Round 3 and will give people the heads up. 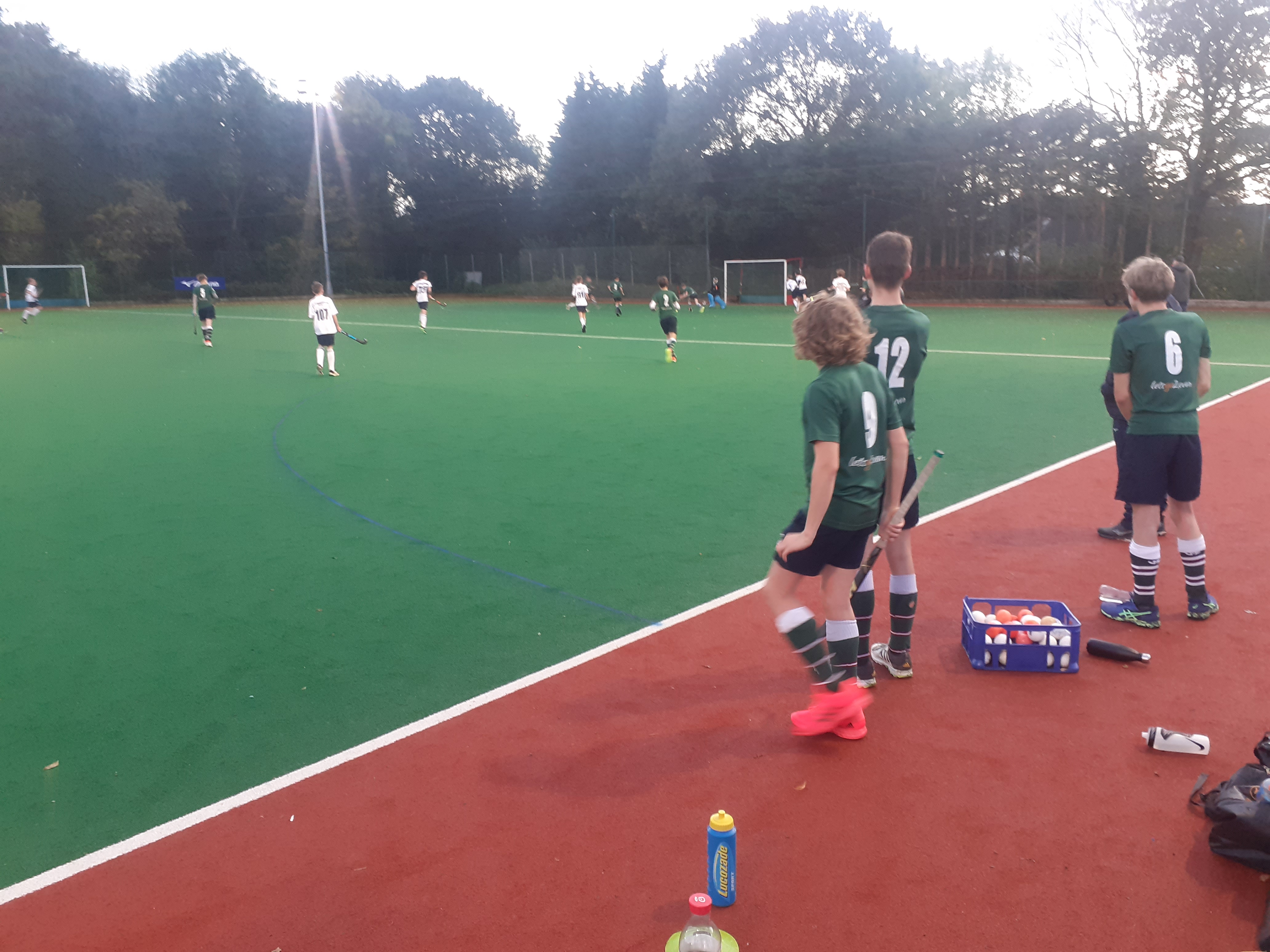