Surbiton U14 Seals secured a win in a close fought game against a talented Dragons side at St George's College.

Fordy made the inspired choice to bring along one his dad's old Adidas Tango footballs which provided the boys with the most enjoyable warm up of the year – playing 5 aside football in the astro warm up area. The warm up seemed to do the trick as the Seals were quickly out of the blocks, transferring the ball efficiently around the back four, particularly through James, finding space out wide and picking out forwards in the 25.

Whilst the play from the Seals was posing threats going forward, Surbiton seemed to struggle somewhat with the Dragons skilled midfield diamond. Coach Frankie instructed players accordingly – special mention to Toby who was as effective defensively as he was going forward – frequently making smart early push passes to players in the front line.

However it was the Dragons who opened the scoring by intercepting an uncharacteristically misplaced pass in midfield to counter-attack effectively with an overload.

Half time came with Coach Frankie advising the players to keep playing a passing game. Geering provided a constant outlet in midfield taking the ball neatly on the half turn and carrying the ball forward with pace. But it was in fact defender Olly, operating in the libero role, who showed fantastic skill and change of pace to make a 40 yard run. Olly was stopped in his tracks by a Dragon's tackle just outside the Dragon's 25 and landed heavily. Umpire Wayne (Olly's dad) whilst for a nanosecond showing concern for his felled youngest son, realised that the ball had fallen to a Surbiton stick and played the advantage which resulted in the ball landing to Wabi near the P spot who scored with a one touch finish.

It was Wabi again who found some space shortly afterwards, where the Dragons defence appeared to hesitate: Wabi took full advantage and hit a clean open stick strike inside the near post which saw Surbiton take a 2-1 lead.

Dragons redoubled their efforts with strong forward play. Barney and Sammie, operated in a successful little n' large role down the left hand side of the pitch – managing to make strong tackles yet combine neatly going forward.

In the final moments Olly scored from a rebound on a short corner, hitting a forehand hit high into the net.

Thanks to Dragons for hosting, Wayne and Mark for umpiring and to Dawn for doing a sterling job in getting a fixture arranged at short notice. 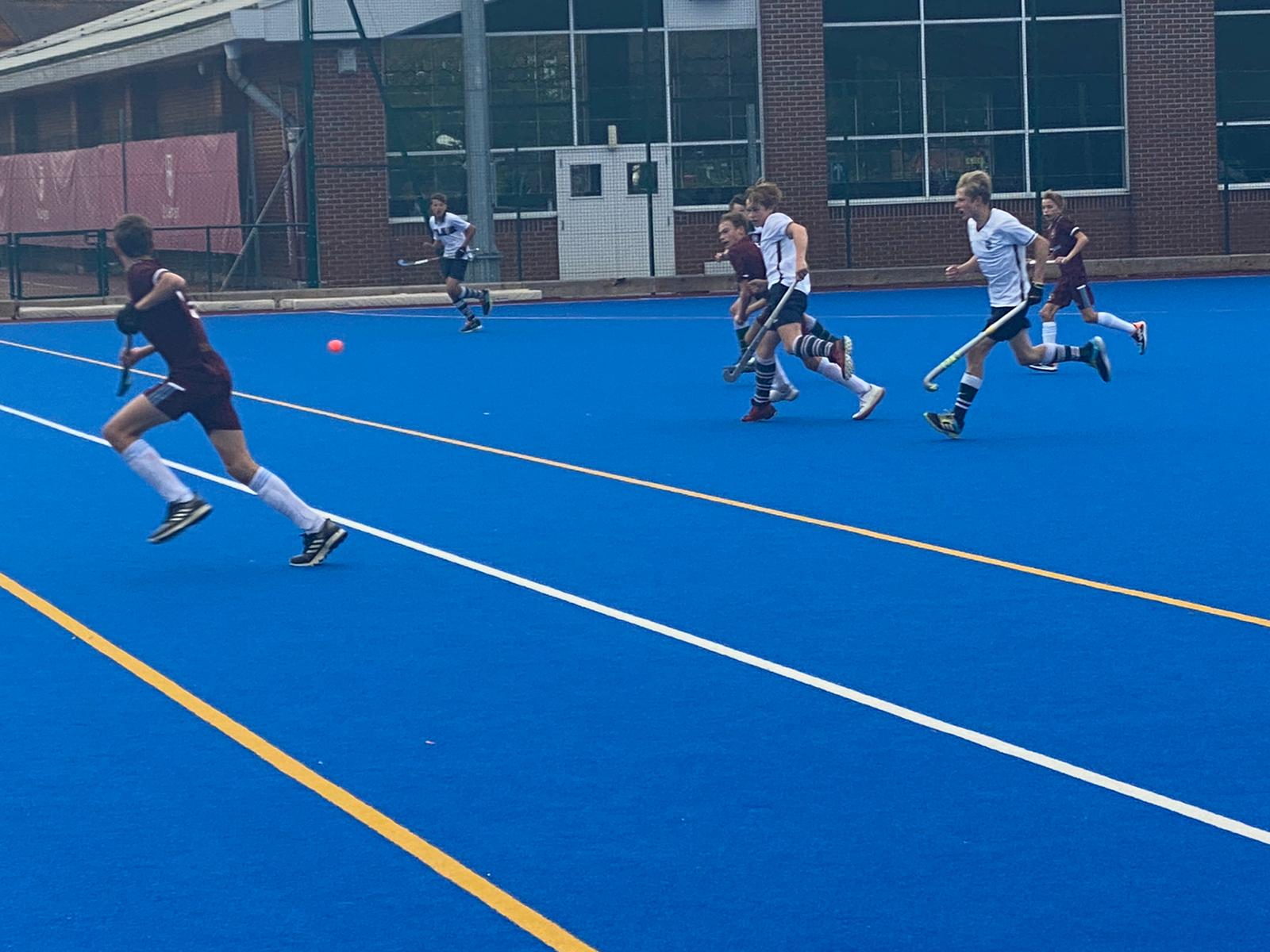