Scoreline: some – some more

In a concerted effort to finish 2020 on a hockey high it’s safe to safe we had plenty of suitably motivated ladies keen to hit the pitch and enjoy some fun hockey.

After some initial confusion as to who had made it onto the Nice list and would be permitted to play we consulted the Chief Covid-Elf Liselle who helped us interpret all the rules. Sorry to the Greater London Tier 3 members who were on the Naughty list!

Pre-match tactics consisted of a quick even split of the Colts into separate teams so that they didn’t make complete fools of the rest of us. Amelie and Darcy on one side vs Taylor, Keira and Anna on the other. This led to some highly entertaining and competitive clashes that would have made Mr Fulker and his Take-No-Prisoners School of Hockey very proud.

Reflective of the youthful squads (present company excepted) there was a completely non-existent warm-up, aside from some very animated gossip.

Game on and the Snowflakes took an early lead with Sawers carving through the pack and slotting at least three away before the Mince Pies decided to unleash their secret weapon, Val Player-Umpire, wielding the Whistle of Power, who interpreted the rules very selectively. This allowed the Mince Pies to pull back level in a very end-to-end game.

The festive touches were everywhere. Keira and Anna were clearly inspired by Dasher the Reindeer with their speedy runs up the wings and Maisie channelled her best Rudolph the Rednosed Reindeer but ended up with a shiny red cheek. Gaby went full Dancer throwing some shapes to the Kelly Clarkson music blasting from Ann’s Tea Hut and Struthie proved herself to be Blitzen – amazing saves of shot after shot on the line. Until however Sammy charged Comet-like across the D to help her clear the ball, only to nutmeg it perfectly between Struthie’s legs and into the goal. Doh.

Young elf Freya caused plenty of grief with countless drives into the Snowflake D but Jess and Sophie tag-teamed beautifully to keep the scoreline respectable.

Lily and Ciara linked up nicely in midfield and as Ciara pushed further up the field it had a pied-piper effect with Sammy following her out of defence too. Having already lost Tiff and Struthie to early retirement this left only Jen (CF) and Val (LF) back in defence. Thankfully Maisie’s shiny cheek was blinding Leah into very uncharacteristically missing the goal. Golden Stick contender Leah scores plenty in the League thankfully.

The Mince Pies kept on fighting. Emily L and Darcy making some great runs into the D supported by Duracell-battery fuelled Freya. Frances joined the fun late into the game and despite sporting no shinnies, hockey shoes or gumshield still managed to completely skin Emma B for a comedy moment before Sophie and Taylor cleared the D once again.

So end-to-end hockey, loads of laughs and plenty of goals. Exactly what we all needed after a less than ideal 2020.

Thanks to all who turned up and fully entered into the festive spirit of things.

DOD: Leah (for finding every part of the goal except the bit between the posts) and Val (for a tackle SO late and clumsy on Sawers that our mild mannered Colt was forced to exclaim “Oh My God!”) 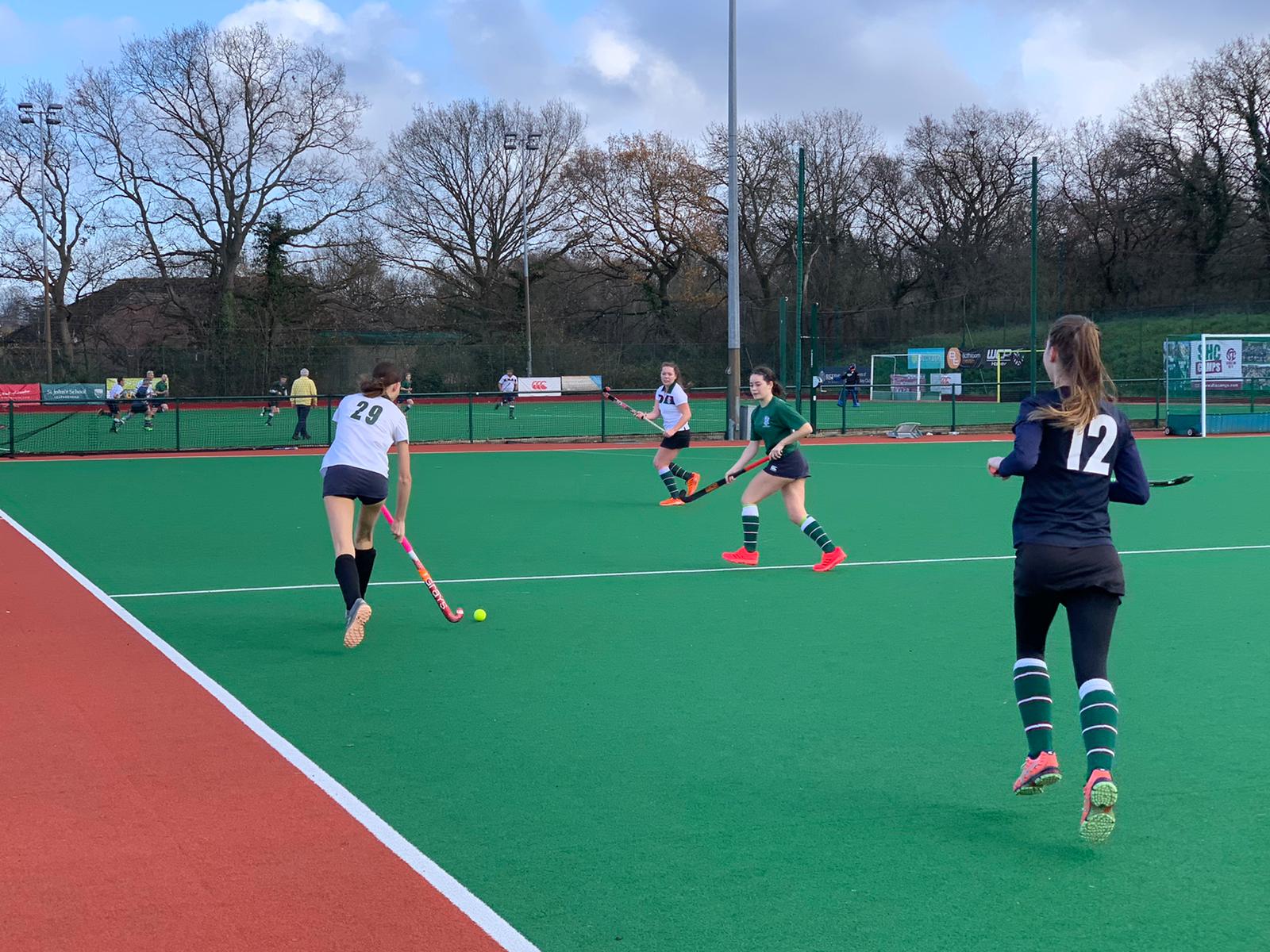