Sparticans Win Again Away at Leatherhead

Spartican of The Day: Grant G

Another good victory for the Sparticans in a well-contested game against Leatherhead on Saturday.

Taking to the arena, shorn of our colts players (deliberate, and advised, decision) the Sparticans prepared themselves for a stern test against a Leatherhead game yet to record a victory this season. We started very well, with a great attacking move resulting in a short corner and a goal via a defected rapier strike from Kevin.  More attacking play led to further chances, with the best falling to the returning Fitchy and bringing out some superb play from our opposition’s part time, but clearly very experienced, keeper.

Eventually pressure told and second and third goals went in from Kev and Fitchy. In amongst this, Leatherhead scored a great short corner of their own meaning it was 3 – 1 at half time.

Our umpiring switch at half time never happened as Matt was feeling under the weather, which allowed Gary to continue and deservedly win Spartican of The Day with a stellar performance at right back. It also allowed Mr Anderson to use his umpiring expertise to ensure the game remained under control, and we thank him for this. The second half meandered fairly positively, with Surbiton once again in the ascendency but not scoring the goals to prove the point.  Matt did score our fourth, and despite some strong Leatherhead pressure, our dominant defensive and midfield performance allowed one of the strikers (not Kev) to embarrass himself at the end, shortly after Matt had showed the crowd how not to finish on your reverse – we took notes at the M1 later on.

As ever, the best was yet to come, with most of the team decamping to the local pub after the post-match debrief, to more fully consider the game. Finding the snacks on offer there to be insufficient in filling us up, some of the team then repaired to the Club for yet another instagrammable hockey match tea. Thanks to all for that, and well done to all who contributed to an enjoyable day out for the team in white. 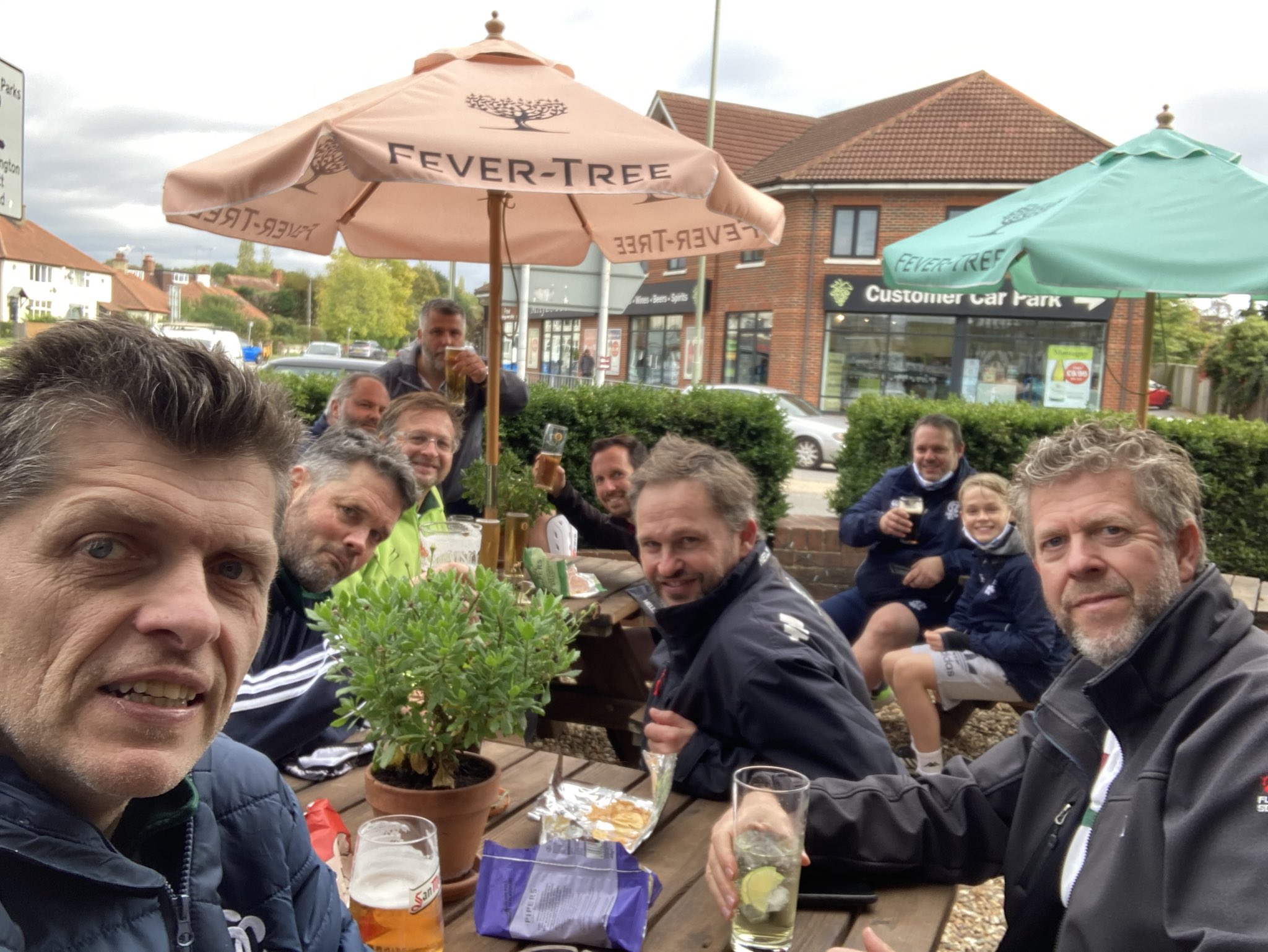