Mixed Knocked Out by Eastbourne

Whoever is in charge of doing the draw for this competition must really dislike Surbiton because on our #RoadToLeeValley, there hasn't been a single home game for our intrepid band of mixed hockey warriors. After dispatching Windsor and Sevenoaks on the road, we were faced with a 140-mile round trip to sunny Eastbourne.

I'd love to say that we all turned up on time, hangover-free, raring to go – but that would be a blatant lie. Lily was still wearing her sombrero from the previous evening and probably managed a cheeky TC at some point during the morning, while Philpo and Jen were recruited in O'Neills at approximately 1am. However, this is just the way we do things and it hasn't gone that badly for us so far (let's not talk about the Old Cranleighans game).

We got underway a little late and it was fairly clear from the first whistle that Eastbourne weren't messing about. Their very keen warm up sort of gave that away, but I was a bit late to witness that at length. We held off for the first ten minutes but they made it 1-0 then dropped into a half-court press in order to force us to come at them. Sadly, we were struggling to string any real passing moves together, although Ash, Philpo and Sherro did their level best to create chances through the middle. Up front, the closest we got was a reverse over the bar from Del (standard) after some good creative work from Emily and Ciara. Jen and Lily were moving around tirelessly in the left channel to cauterise their attacking moves, but the Eastbourne players seemed to always be able to thread the needle when needed.

Then the cavalry arrived, and when I say cavalry I really mean the car of Reeves x 2. Paul is still toying with the idea that he is a legitimate outfield player and he further pushed his case by spending the next 30 minutes mistrapping everything, including an outrageous 40-yard pass from Ash that he should've tucked away at the back post. Karen was faring little better, forgetting that Surbiton's home strip is white and that when playing a team who wear navy, we should absolutely under no circumstances be wearing our green shirts. Nice one, Karen. Not mentioning any names but A Certain Individual In Charge Of The Admin Of This Mixed Team also did the same thing...

Anyhow, 3-0 down at half time – could have been more were it not for some good saves from Marlijn, and some staunch defending from Jess and Sammy. To make things even better, it starts hailing and to be honest we're glad to get off the pitch. Will we turn it around in the second half? The answer... sort of. We definitely played much better, Jen managed to get on the scoresheet, but they also scored a deflection and sadly not even the competitive mixed debuts of fan favourites Charlie Brown and Seb Stoner could get us out of the sticky situation we were in. Barney had a better second half but opted to shoot from a tight angle when he could have squared it to me (not bitter) and we failed to score the goalshots required, despite numerous corners and chances created. Final score 4-1, they were actually quite good so they probably, on balance, deserved it. POM was Tom "big occasion" Philp, DOD was yours truly, Del "technical red" Noble.

All in all, many things I have learned in our short but wonderful season. 1) Don't trash talk in the group chat if you can't handle getting voted DOD the following day. 2a) just actually get drunk on a Saturday night before mixed games, it really doesn't make a difference. 2b) most of team selection is done in the pub on a Saturday night anyway. 3) #awaydays are still the best thing ever, just embrace them.

A massive thank you to Sammy Reed for her intrepid captaincy all season, this team wouldn't be running without all your hard work. Which leads us to the final thing... when's the commiseration social? 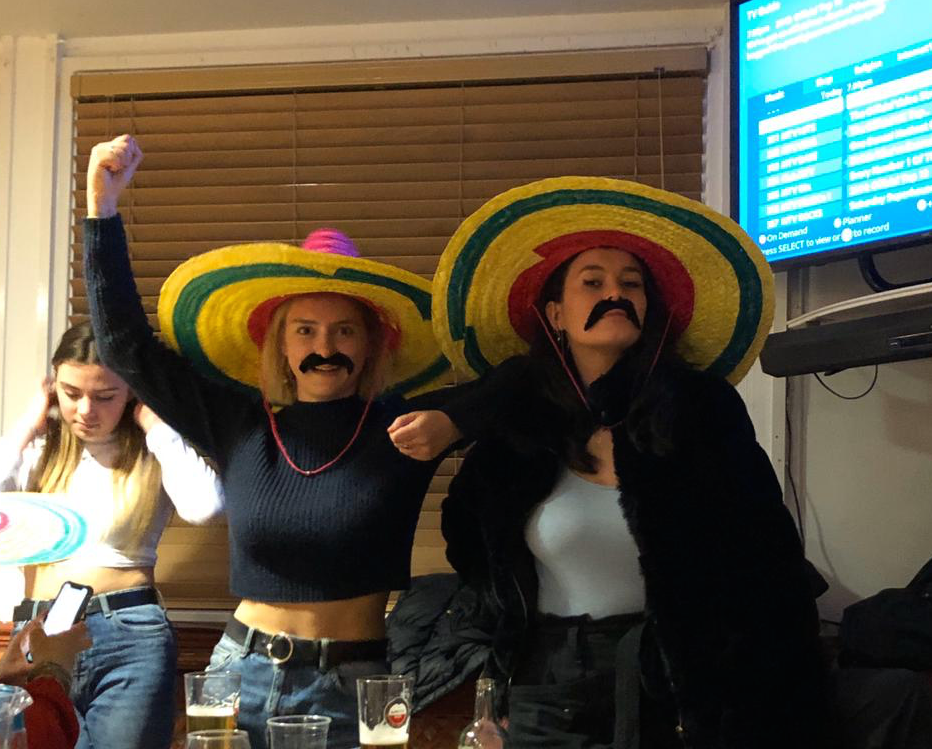