Making up for all the hockey they missed during lockdown – the M2 beat Barnes (3-0) on Tuesday evening in a postponed QF and then lost to Guildford (1-2) on Thursday in a preseason ‘friendly’.

They arrived in Southgate primed to reach the final for a third time in four years and defend a title they won in style at Lee Valley in May 2019.  After a year’s safe keeping by Sherro, we took the trophy with us to avoid reliance on the Royal Mail in case we lost.

Unavailability and injury meant we were missing a few of the young stars as well as coach Creed. Many thanks to Ed Miller and Dan Foulger who got us up to a squad of 13 on Friday. It has been great to have the presence of Ore in goal for the last two cup games, and I’m sure Barnes have PTSD after his league and cup heroics against them in back to back games.

With Doidger back as skipper, the main points we took away from his briefing were; don’t rotate the back six unless forced to by injury; call Billy Bishop ‘Bish’ as there’s only one ‘Billy’ in the 2s (Winter); and finally, the skipper has first refusal on all PCs. Suffice to say all those decisions proved to be spot on, although we did find ourselves 1-0 down in ten minutes after Southgate started brightly and Doidge had a square pass cut out.

Not long after, the nerves were settled as Beanhead equalised with a sweet reverse strike that went through the keeper’s legs. Surby then played some great hockey and with ten minutes left to play found themselves 4-1 up and coasting, thanks to three trademark PCs by Doidge (should have been six!). Champagne moment was Billy W beating four defenders in the D before flicking it backhand just over the bar.

POM could have been Doidge for his hat trick (but nobody voted for him), so my vote goes to Jonny Bird who dropped into defence and was calm and assured throughout. Not a lot to be said about Scotty and Rhys that hasn’t been said before – they were immense, played ‘almost’ every minute and ran all their opponents into the ground – the only two minutes Scotty missed were either side of half time when he convinced the umpire to finally green card him so he could get an early drink.

The side has come a long way in the last couple of years and that was reflected by Finn Cooper who is injured, but still came to watch and sit on the bench – convincing his Dad that Enfield offered a great opportunity for a driving lesson.

It’s up to Nottingham Hockey Centre next Saturday for a T2 Final behind closed doors (but you can watch all the action streamed live on the EH Facebook page – it’s a 12.45 pushback).  That will pitch us against Repton HC again, the side we beat 4-1 in last year’s final. With victories already taken over Nottingham Uni 2s and Plymouth Marjon (who recently won promotion to the national league from West League), it will be a really hard job to retain our title. 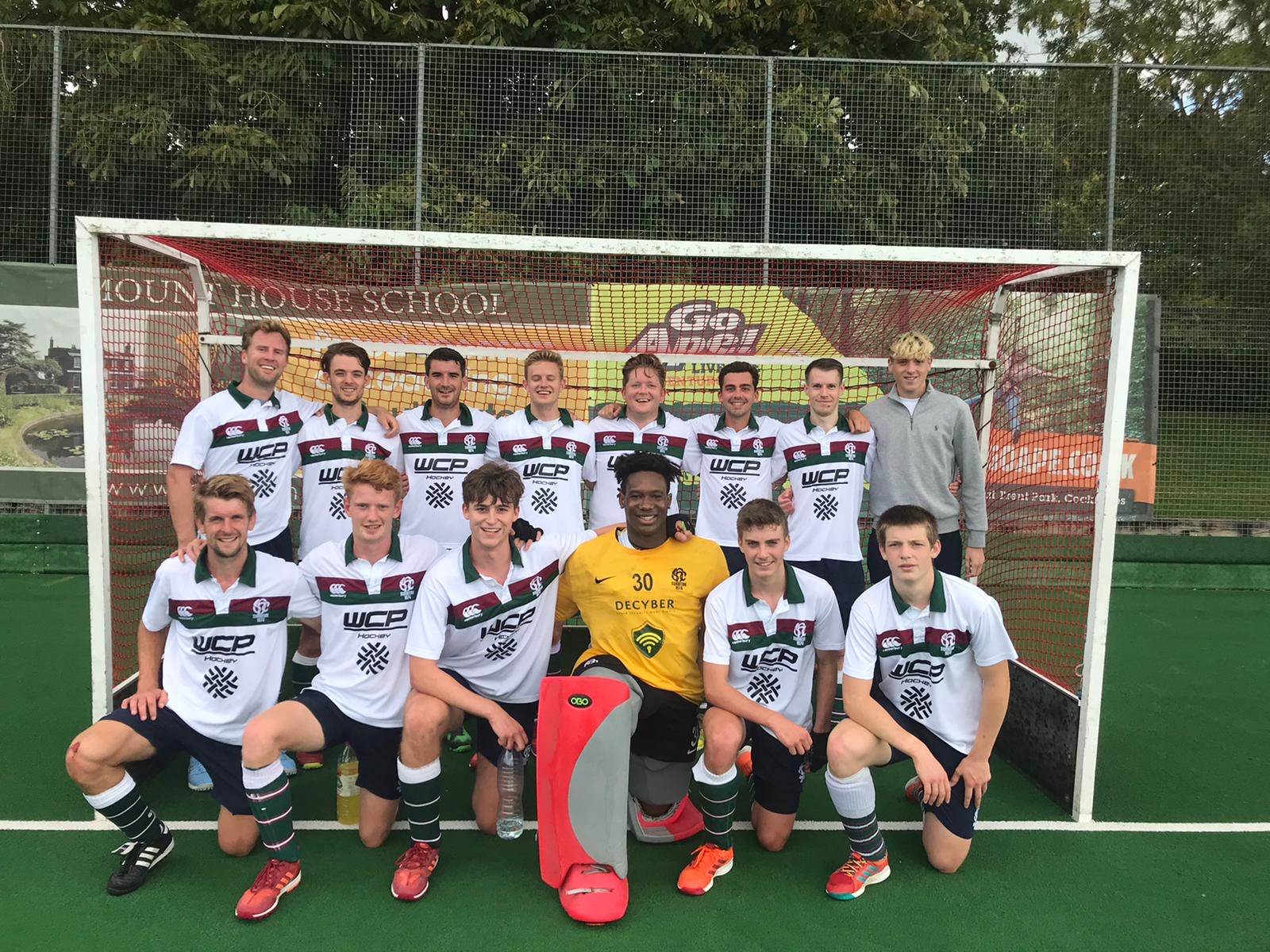