The Men’s 2s maintained their position at the top of the South Prem Two West on Saturday afternoon away at Woking. Despite a tumultuous week which included James Evans walking out of training citing key differences with Coach Creed, and Dave Beanhead Bartram having his first team career brought to a premature end when, despite insisting he still had more to give and is “going to take his hockey seriously again” (Bartram, July 2019, sometime after midnight), he was brutally cut from the first team whatsapp group. He is said to be in touch with Piers Morgan, discussing starting a #bringbackKP style twitter campaign.

It was no surprise to any of the 2s when on the Friday afternoon before an away game Coach Creed sent a message apologising for his forthcoming absence. As Doidge was unable to step into the breach due to a 3 year old’s birthday party, Fulker gallantly volunteered Frankie to come with us and manage what was another potential banana skin of an away fixture.

We will touch on the game briefly; James Evans was clearly determined to put Wednesday night behind him and scored twice in the first five minutes before Woking had even got into our half. Unfortunately this early lead from Surbiton didn’t encourage Woking to try and hit back, they parked 11 men behind the ball and were happy to simply hit for touch when they did manage to win the ball off us. A positive result of this boring approach was that this week Haycroft’s stats were zero shots, zero goals. At the back, Tinker and Adam roamed forward from half back and set a tone which made it clear Woking weren’t going to be given a sniff all day. We went into half time having dominated possession and territory but without adding to lead from the first five minutes.

Throughout the second half Scotty, Rhys, Birdie, Finn, Billy and Tom controlled the midfield (the last time Scotty and Rhys were co-operating that day) and on the one occasion Woking did threaten to get in behind us Beaumont demonstrated his pedigree as a slip fielder by accidentally taking a worldie of a one handed catch low to his right hand side, Ben Stokes eat your heart out. Green card, DOD. Unfortunately the umpires weren’t quite so eagle-eyed when one of the Woking players chested a corner off the line.

The only other incident of note was the umpire not knowing which ginger had made a stick tackle, first looking at Rhys, then Sherro, then finally settling on sending Max Anderson off. It was Tom Smith who made the tackle. We finished the game off with Redders scoring a slip flick, and having had 20 practices last week he finally hit the target. Our 3-0 win was made much sweeter by the news that Oxford Brookes drew, meaning the league title is now simply ours to lose.

The 2s’ number one fan Baker, who had made the trip away to Woking to support the players and taunt the umpires, had been kind enough to treat his housemates to a trip to the theatre on Saturday evening. Unfortunately there had been a breakdown in communication regarding the time that Scotty and Rhys needed to leave Woking HC. The seamless communication on the pitch was not replicated off it, Rhys’ beauty regime is getting longer by the week and his washbag is bursting at the seams with moisturisers and hair gels that Scott had not factored into their departure time. The rest of the squad were treated to a right domestic and it remains to be seen what repercussions landlord Scott is going to take.

Next week we host Maidenhead, and despite Ore’s performance at the indoor finals we are looking forward to facing them with Haycroft in net behind us. With six games to go, including tough trips to Southgate and Oxford Brookes every game is now must win as the Men’s 2s remain on course for the league and cup double. 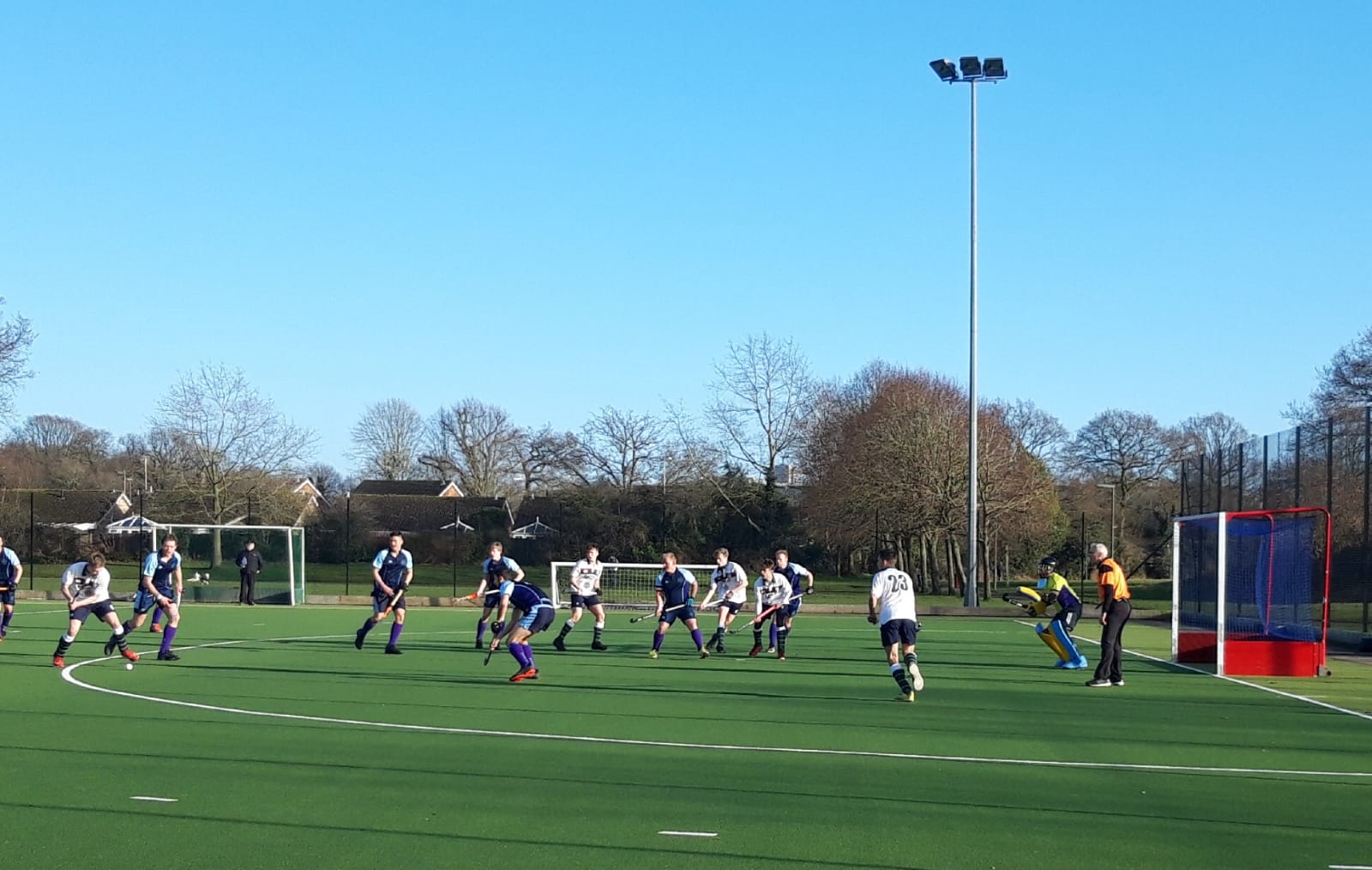