Surbiton Men won the Jaffa Super Sixes title at the Copper Box Arena after a 3-2 win in the final against Holcombe.

Surbiton beat Wimbledon 6-2 in the first semi-final with Holcombe knocking out reigning champions, East Grinstead 4-3 in the second semi-final.

Against Holcombe, Surbiton made the perfect start, Rob Farrington scoring after just 12 seconds.

Nick Bandurak equalised in the fourth minute from open play before Arjan Drayton Chana restored Surbiton's lead just before the end of the first quarter from a penalty corner.

Ben Boon extended Surbiton's lead in the 16th minute with the goal later judged to be the goal of the final, but when Robert Field scored Holcombe's second goal a minute before haff time, the Kent club were back in contention for their maiden title.

But incredibly, in spite of both team's stirring efforts and loads of entertaining hockey, the second half remained goalless, a rare occurrence in men's indoor hockey.

Rob Farrington was awarded the man of the match award.

Surbiton also had to battle against Wimbledon to earn their place in the final, and again got off to a fast start, Arjan Drayton Chana giving Surbiton the lead in the third minute.

Ed Horler equalised from a penalty corner in the fifth minute, but Surbiton led 2-1 at half time after Willie Marshall converted a 15th minute penalty corner.

Surbiton pulled away in the third quarter, Drayton Chana converting a penalty corner in the 22nd minute, Conor Williamson scoring from open play a minute later and Farrington scoring Surbiton's fifth goal in the 29th minute.

Marshall scored a spectacular goal from the right of the circle with four minutes to play, falling over at the byline with the momentum of scoring.

Horler scored what proved to be a consolation goal in the penultimate minute to make the final score 6-2.

After the match, Surbiton captain, Jonny Gall acknowledged the achievement of his depleted squad with several members of the team who played in the Premier Division qualifiers, down in Australia on FIH Pro League duty.

"The guys stepped up today to help us lift the trophy with a depleted squad. Our training paid off and having completed the indoor/ outdoor double when we last won the championship at Wembley Arena, hopefully this will be the momentum towards another domestic double."

Surbiton will play in Europe in 2021, with last year's champions, East Grinstead competing later in month to determine at what level Surbiton will compete next season. 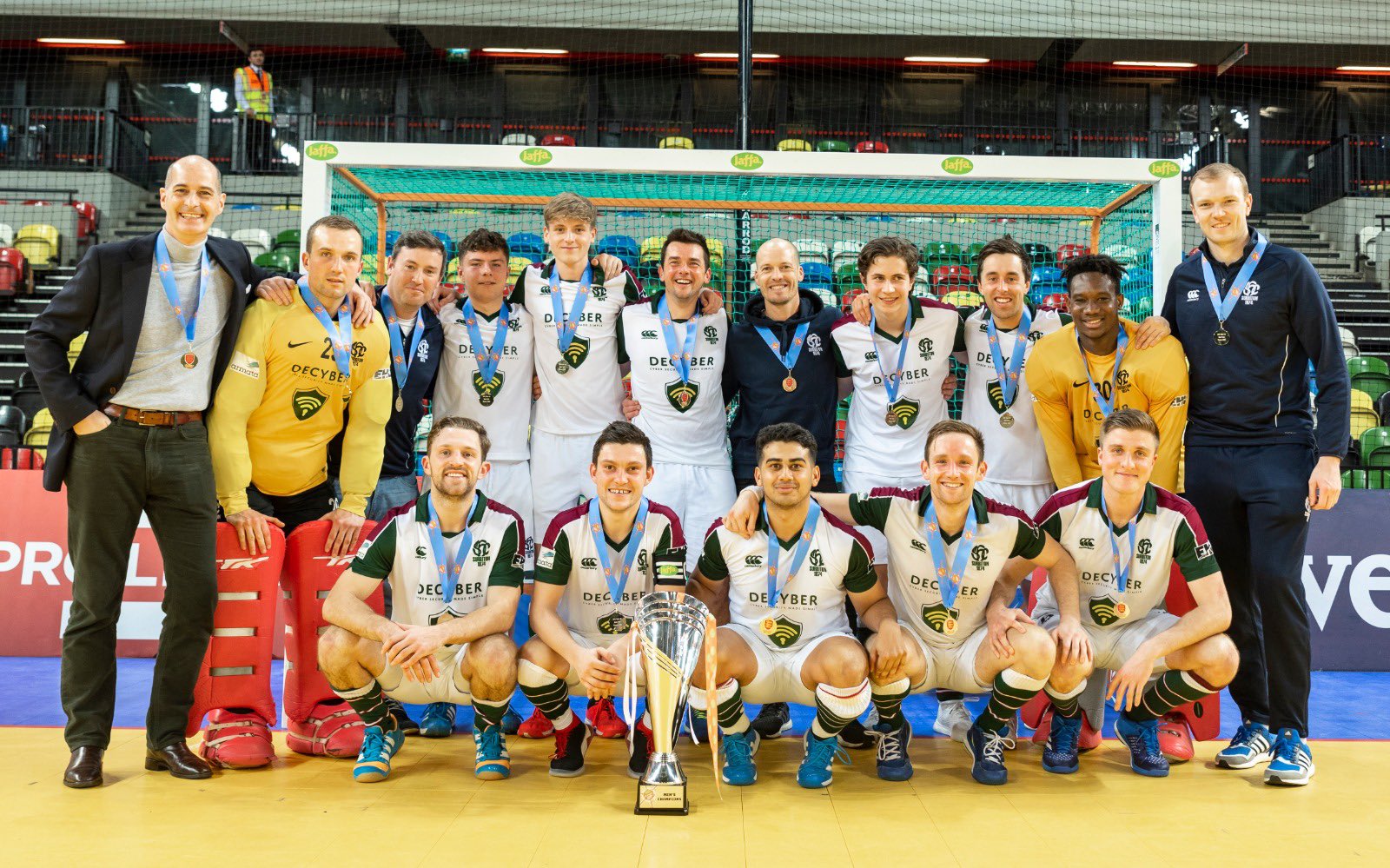