Fifth versus fourth and we’d clearly missed the “keeno” memo as we arrived and our oppo had run a 10K to warm up. We had beaten these guys at home but it had been a close game and we expected nothing less. On a beautiful sunny day we needed a performance.

We started quickly and a drive through the midfield from #allaboutmimi allowed our current golden stick holder to unselfishly pass to Crazy Legs who pushed the ball home 1-0 up after 100 seconds.

An early goal calms the nerves but it would appear we didn’t take our own advice as Wimbledon transitioned from back to front quickly and we were at 1-1. Perhaps we should have done the extra keen warm up.

We then got into our stride and the forward line started to click. It was a tough match and slightly end to end with us having some chances that we missed as did they.

We needed another goal and were pushing for it with some neat passing interplay between Amber and Maisie which led to a penalty corner. A neat push out ended in a truly scrambled goal which Sugar Plum just about managed to convert in a slow mo moment. 2–1 and #allaboutme hadn’t even been on the pitch. Our excellent time keeper Ruthie rang the changes and we rolled our subs.

The Red Baron was on fire at the back picking up plenty of loose balls. She even went for the bisecting aerial which would have been perfect had Sugar Plum not raised hand and stick to intercept. We admired the effort and suitable confusion when blown up for a foul.

Debs was still playing pinball with her feet and Wimbledon were coming back at us. The tightness of our away shirts was starting to show and despite efforts at the back we couldn’t stop the tide that made it 2-2. Half time and probably a fair score given chances but we felt we could nick it.

Unfortunately we still hadn’t got the memo and needed the pad and pen chat – given how long the oppo took at half time I’m assuming their coach was writing War & Peace!

We needed to go again – Lisa was getting feisty and the oppo pushed back – another wave which we couldn’t stop despite our best efforts gave them a 3-2 score. Heads were not down but time wasn’t on our side. Runs from Maisie and Crazy Legs with Mimi, Amber and Frankie pushing the flanks couldn’t give us the goal - even #allaboutme had a certain goal bound shot saved off the toe. Was it not to be our day?

A final shuffle of the pack for the last five minutes and we managed to win a penalty corner. Over to the colts as the oldies were on the side line. To me to you never fails and #allaboutmimi slammed it home 3-3. A final flurry from both sides and a goal mouth scramble defended by Lindsey, Captain Seddon and Debs cleared our lines for us to be straight up in their D with a foot and advantage which we missed (should have blown for the short!).

Thanks to Mobility Bray as ever for umpiring and managing not to succumb to Paddington Bear stares. Captain Seddon, as ever nightmare selection week. #allaboutme because I can and I had a shocker! #allaboutmimi and the Red Baron for Player of the Match. Our away shirts for being so tight and Struthie’s pink leather gloves!

Slip date game next – can’t lose to Barnes for a third time! 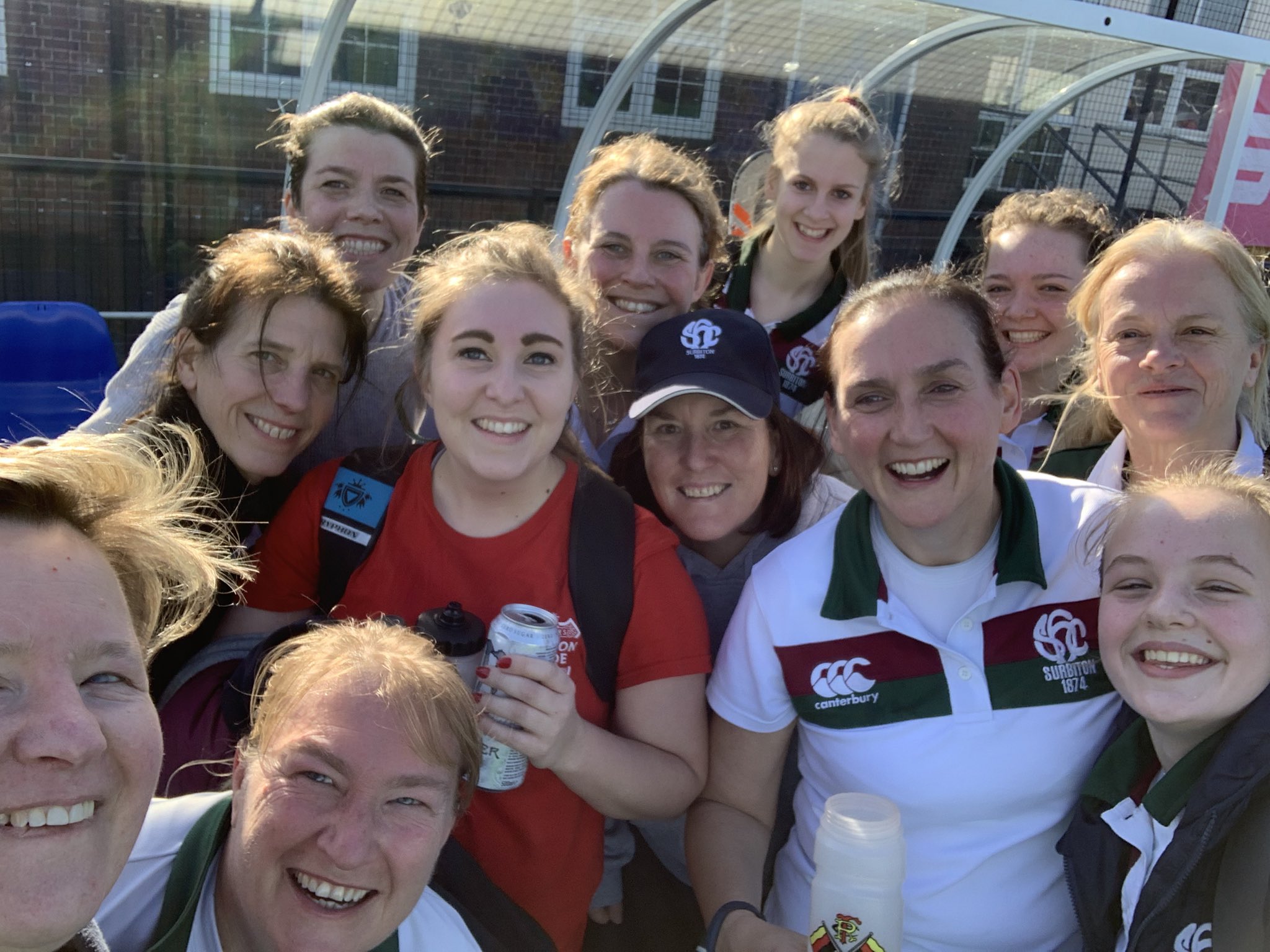