Our fixture against Old Whitgiftian Rustlers had all the signs of being a bit of a non-event but boy did it deliver, and I must confess that I found myself googling symptoms of PTSD while writing this report.

The lead up to the match was rather comical with cries of Croydon “smash and grab” and some random facts about Croydon being the first London council to adopt postcodes – who would have known. Too many lawyers in our team...

Surprisingly we had a decent turn out considering it was half term, however no bench as Teamo strikes back and has Harry in two places at once but actually on school tour rather than Croydon at 1pm. Still nearly got MotM though for reasons that will become more apparent…

The match got off to a slow start with the slippery playing conditions causing havoc and we missed out on a few early opportunities. Our opposition adopted the tactic of teeing up down the middle when exiting from the back, which was rather effective on that pitch. We on the other hand slowly began to implode with unforced errors, players slipping and falling over, constantly losing possession and questionable decision-making. To add to the collection, I then proceeded to mistime “an Owen Farrell no arms tackle” and was fortunate to avoid some “quiet time” on the side. To make matters worse, after a comical catalogue of defensive errors, the Rustlers were gifted a goal.

At this point I knew deep down that things were about to get very entertaining and on cue, James ‘The Volcano’ Hamper erupted and started yelling at anything that moved (or not in this case). At times I actually think his eyes turned red, but anyhow this din continued for nearly the entire game, which he still claims was motivational. We all recognise his anger management issues and are fortunately a tolerant, understanding bunch. The results of his therapy and beer medication could be seen later that evening in the stands at the M1 game, so all ends well.

One notable event that should be mentioned in the first half was Rich Murray thoughtfully placing the ball at the corner flag for a long corner. We all found it hilarious, but unsurprisingly skip didn’t, and this set him off again as he was trying to take a quick hit. He took this joyous mood into the half time talk and fortunately there were no hair dryers around. Rather low on motivational content it mostly went along the lines of ‘try harder you useless idiots!’.

We started the second half much better than the previous half (JH: so perhaps there was some motivational content?!) controlling the possession and passing the ball nicely through the midfield. This gave our defence the option to push up and sweeper William Tsolo scored a great goal, after first missing out to a wonder save from the Rustlers keeper.

We then had to endure a really odd passage of play where, completely out of character, William fell victim to “white line fever” and went missing up the pitch, leaving our defence wide open. On his short visits back he would insist on trying to dribble out from the back and in a first for the season was caught out not once but three times in space of five minutes. This new laissez-faire approach seemed to encourage left back Jeremy Duffy and the two of them could be found for long spells up past the left wing scouting out the opponents’ D. This aggressive style created a few "rocking in the corner knee hugging" moments for the rest of the defence but somehow Andy Little in goal managed to take care of the waves of three-on-ones with a little support from the odd defender who showed up. This was an impressive display of individual skill and agility and was the real difference on the day.

The momentum of the game had started to shift but after a period of offensive pressure with (literally) hundreds of opportunities to score, the Cobras still couldn’t find the net and rumblings of match fixing started to increase. Thankfully the dam finally broke and the goals started rolling in. Rich Murray completed a well worked move and finished the assist from the skipper and then Alex Mckee showed an unusual amount of restraint to avoid smashing the keeper lying on the ball and instead popped it over his back into the top corner. James King wrapped it up clinically after Craig Schultz took a quick tap and threaded the defence leaving the skipper shouting in the background about the need to slow the game down, and then having to concede that the quick play was the right option. He was still mumbling about having the moral high ground as the final whistle went to put an end to proceedings.

James King (AKA Pratley’s putty) put in a big shift in the midfield as he closed a few gaping holes and sucked up some very direct cannon fire. Oli Stacey also worked hard to support Hamper who was drifting around like an oil tanker who had lost his engine and Schultzy surprised us by running back into space to receive the ball, which really opened the right flank on attack. Hopefully we will see more of that going forward.

MotM had to be Andy Little although it was a close run thing with Harry getting a number of votes by having a default nil rating for the game. Quote of the game was Hamper telling Craig to find his "happy pants" and a big shout out to Giles who travelled all the way to Croydon with us to ref the game even though he was in pain. He is now under strict NDA. As a team we pulled together and showed some gritty determination in tough conditions, which resulted in some good scoring opportunities.  We churned out a win from a game that could have easily got away from us and to top it off the opposition thanked us on how fair and sporting we had been, so Brand Cobra remains intact. The final outcome was that we had plenty of material to talk about back at the clubhouse for a social while watching M1’s. The jugs flowed freely into the evening with lots of banter and laughter so job done. 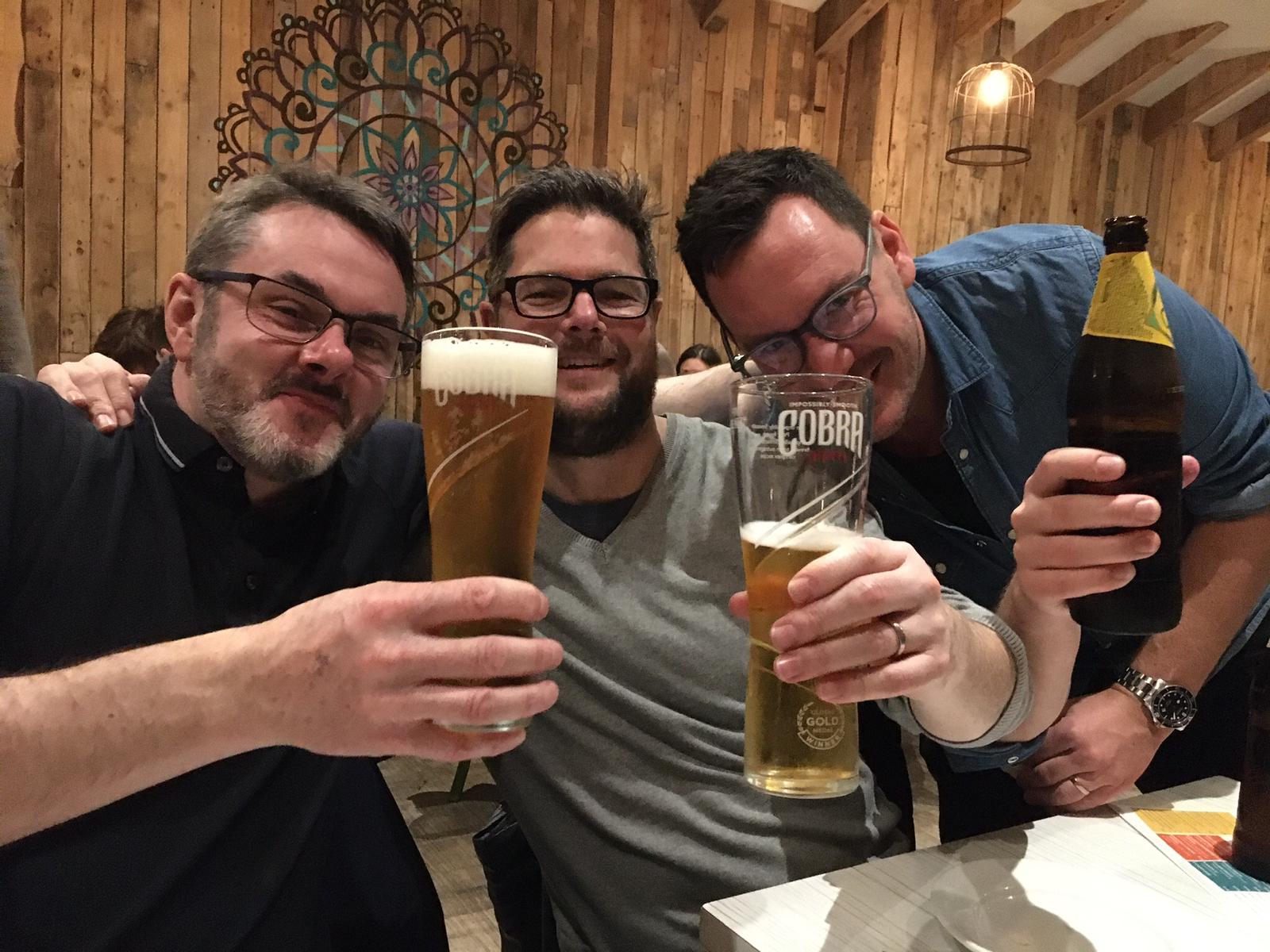