It is said that seasons are made in the small moments but for the Cobras their season was made with a giant second half!

Coming into the game needing points from a Guildford side that is languishing in the bottom of the table, we quickly realised the oppo had taken their super pills that afternoon and had developed pace, skill and youth since the first encounter. Wave after wave of Surrey juniors crashed into the Cobras’ 25 and only some frantic defending from the fantastic four at the back kept them out. The well organised bench rotation system that the skipper was trialing went out the window as players fought to get a quick breather on the sideline and then it was back into the fray.

After withstanding the onslaught for the first 15 minutes, the pace dropped off enough to get the heart rate under 170bpm and we started to regain our structure. Fortunately the Guildford colts haven’t learnt the lesson to pass round the man rather than dribble through him, and so time and time again their advances were broken down and the ball cleared. We hung on for what seemed an eternity, but finally the respite of the half time whistle came and we escaped to the hut amazed to still have a clean sheet.

Momentum is a funny thing and the mind can play funny tricks on your morale. Guildford couldn’t believe they hadn’t scored yet and seemed to run out of ideas. As their frustration began to grow so did our resilience and led by our MotM at the top of the diamond, James King, we started to take the fight back to them and turn defence into attack. Our power colts Alfie, Ben, Harry and Ollie Jnr had run their socks off in the first half to keep their oldies alive but now started to link up with JK in the midfield and using short passing worked the ball around the field and started to dominate possession.

It was probably the best half of hockey we have played all season. Moving the ball from side to side, probing for weakness and dealing with a very strong opposition. After a period of sustained pressure that should have got us a penalty stroke or at least a shortie for their keeper lying on the ball, they cleared weakly to the waiting Craig Schultz who pounced on the ball like David Boon going for the proverbial mars bar and in a flash it was in the back of the net. Game set and match!

Well not really, there was still a good ten minutes to go but our tails were up and we knew we had the better of them now. Ben White nearly scored a scorcher from the left edge of the D with the ball just going over the bar but that was the last bit of excitement and by the time the final whistle arrived we were ready for the bar.

It was a feisty occasion but all the best games are, especially when the underdog prevails! Special mention to the lady umpire from Guildford who did a great job keeping a lid on the pressure cooker that could very easily have spilled over and ruined the game.

Onwards and upwards! Looking forward to the return home next weekend and game against Chertsey Thames Valley! 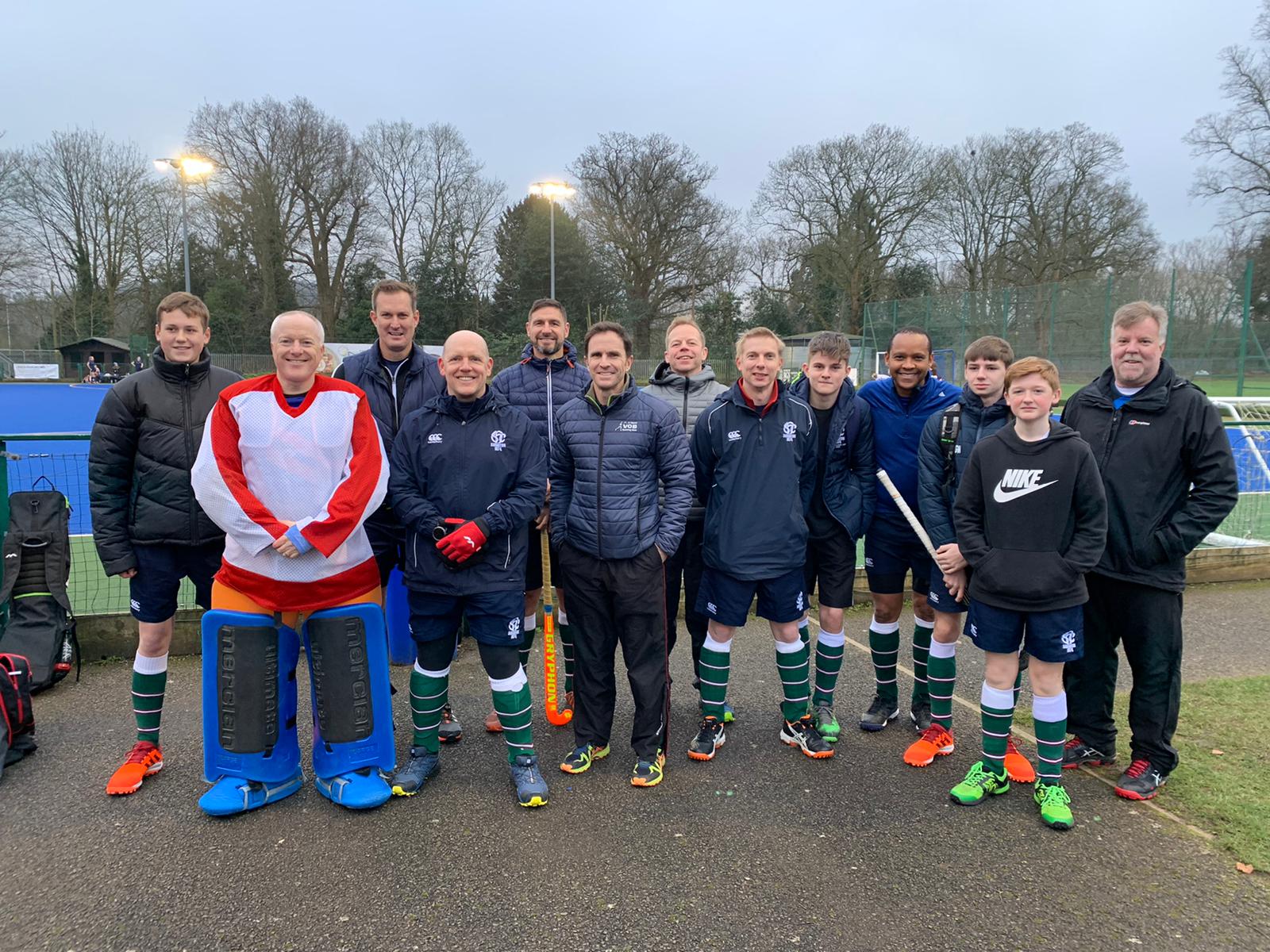