For the first time in a while, we started a game fast and focused, that resulted in the forwards winning an early short corner which Tobias duly put away with a power drag flick in the bottom left corner.

The team continued to keep the pressure on Robinsons, creating a number of chances, but it wasn’t until the third quarter that we were rewarded. Caspar put two away (one of which he buried into the top right hand side of the goal after great build-up play down the left hand side of the pitch), and Will beat the keeper in a one-on-one, which left the score at 4-1 going into the final quarter.

The team then controlled the game well and played sensible passing hockey - however, a minor lapse in concentration meant that Robinsons took a second consolation goal late in the final quarter.

Unlike the semi, a less than punchy start meant that Brooklands scored an earlier goal despite some great saves from Sean.

However, the team re-grouped and through some great individual skills and teamwork from Jake, Sam and Dan, Caspar was able to get a goal, equalizing the score. Will then got his second of the tournament bringing to the score to 2-1 Surbiton.

In the first quarter, the team really started playing to its potential: Foxy was picking aerials left, right and centre, while Josh, Harry and Jonny were firing clean balls for the forwards down the line. Theo, Arthur and Willem continued to appear in and around the D causing Brooklands problems. The goals followed.

Little pieces of magic from Dan and James, and then one from one of the twins (I still can’t tell them apart! – I think it was Willem) as he rocketed the ball into the back of the net - potentially goal of the season! We then kept the ball moving and importantly kept our heads, with further opportunities and goals coming our way with James getting his second of the match and Caspar wrapping up the game with his fourth goal of the tournament.

The final score was 7-3 – with what was probably our finest team performance of this / last year’s entire season. And with eleven goals on the day we are now U16 Boys National Club Champions 2019/2020! 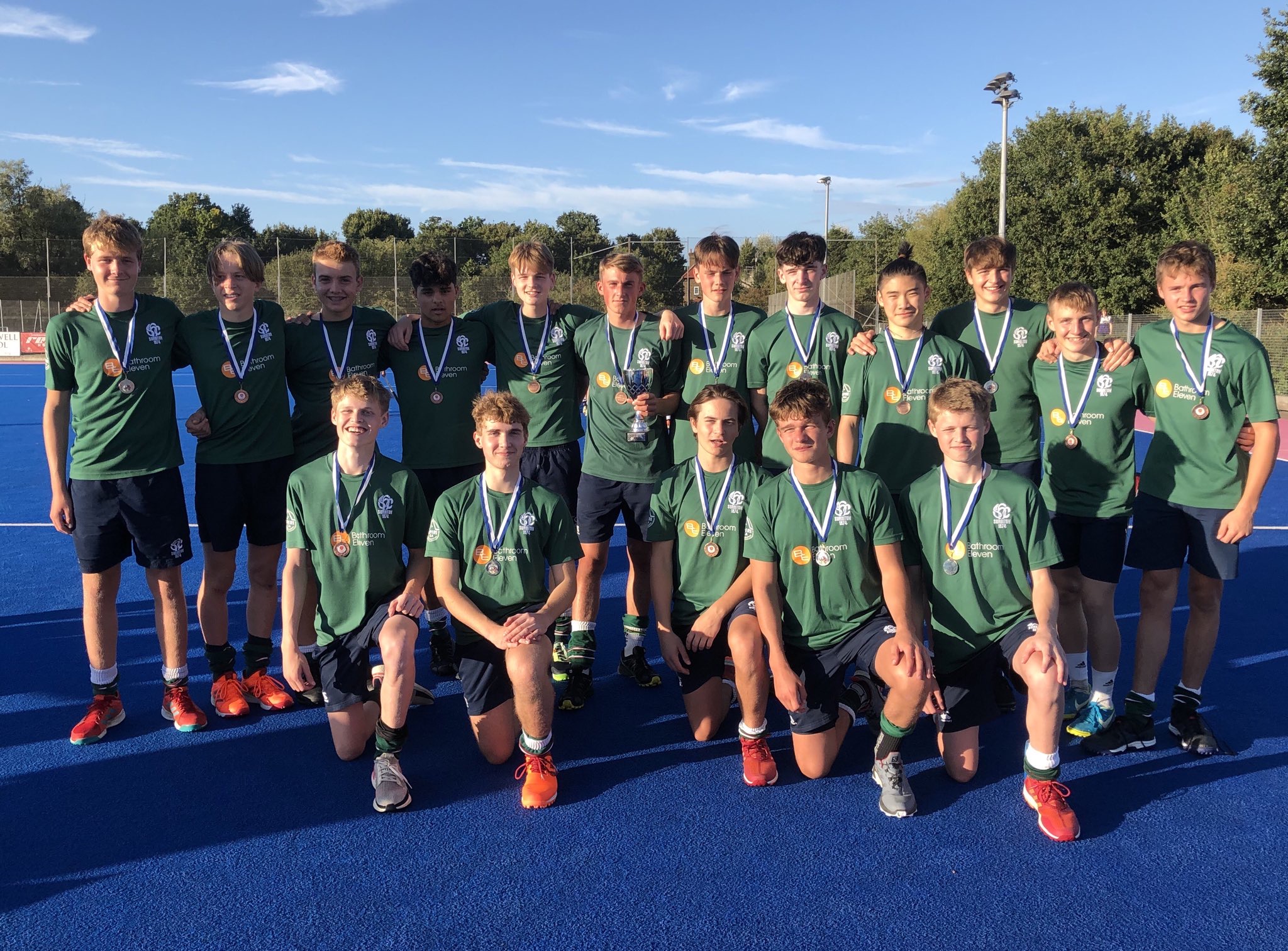