Seven current Surbiton players have travelled out to India to play in the upcoming Men’s Hockey World Cup, starting tomorrow.

Wales Men are playing in their first ever Hockey World Cup, while England will hope to win a medal this time around after making the semi finals but ultimately  finishing fourth in the last three editions (2010, 2014, 2018).

England and Wales have been drawn in the same group and will take each other on in their opening fixture of the tournament on Friday (11.30am GMT). They are joined in Pool D by Spain and hosts India, who will expect raucous support from a packed stadium of fans in every game they play.

The World Cup is a 16 team tournament, starting with teams divided into four pools of four. Each group winner automatically qualifies for the quarter finals, with the second and third placed teams in each pool facing a play off to secure a spot in the last eight.

Games will be shown live on BT Sport, so do join us in the SHC Clubhouse to cheer the boys on!

The schedule for the pool stages is below. Please note all listed times have been converted to GMT. 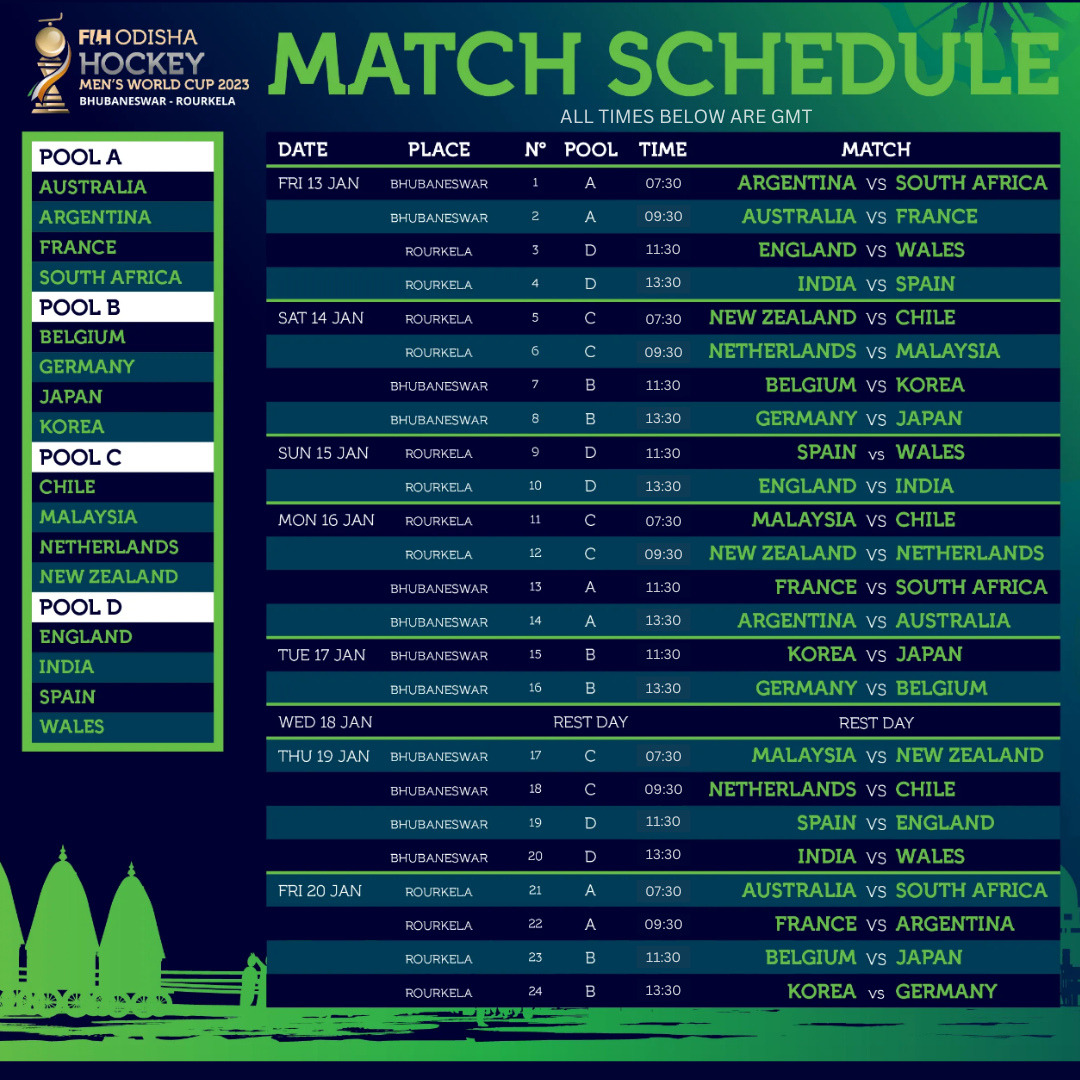