International Round Up: Early May 2022

The latest news for our SHC international players as England, Scotland & Wales embark on a busy summer of hockey...

England Women vs USA
England’s women travelled to North Carolina in late April for Pro League matches against the USA with Surbiton’s Sabbie Heesh, Darcy Bourne and Sophie Hamilton all part of the squad.

In the opening match, England took a 3-1 victory with SHC’s Darcy Bourne making an assist for the second goal in the third quarter. Game two was closer, finishing 2-2 in normal time and England taking a shoot out victory. Surbiton’s Sophie Hamilton scored a crucial equaliser in the 58th minute and followed this up with a goal in the shoot out.

England Men & Women vs Germany
Both squads then travelled to Monchengladbach to take on European powerhouses Germany. Surbiton had seven players selected across both squads, with Tom Sorsby captaining the men’s side in the second game.

Darcy was Player of the Match in the women’s opener, scoring her first two senior international goals including a winner with just four minutes left on the clock to help England to a 4-3 victory. As in the USA, the second encounter of the weekend proved tougher with Germany winning 4-1 to leave honours even across the two games.

The first men’s game was a high level match with some committed  defending required to hold out for a 1-0 victory after Dave Goodfield’s skilful assist set up a first quarter goal for England. The second game was a thriller, with goals traded in quick succession in the first half. James Gall scored a tidy goal to bring the game to 2-2 but Gonzalo Peillat fired home the decisive goal for Germany as they edged a 3-2 win.

There are several home Pro League fixtures coming up for England, with matches against France (M), China (W), South Africa (M), Spain (W) and Netherlands (M&W) taking place at Lee Valley over the next three weekends.

Surbiton’s Robyn Collins played against Ireland in Belfast in early May that saw an amazing 19 goals across the three game series. The Scots took an unassailable series lead against 2018 World Cup silver medalists after 2-1 and 5-1 victories in the first two matches. Ireland fought back to take a 6-4 win in the final game.

Commonwealth Games preparation is hotting up for Wales over the next couple of months with SHC’s Leah Wilkinson and Gareth Furlong both key players in the respective Welsh squads.

The women play a three test series against Scotland in Durham at the end of the month, with matches against South Africa also taking place in Cardiff in early July. Meanwhile the men’s side play a four nations tournament in Scotland against the hosts, Ireland and USA.

Surbiton’s Elani S, Martha LH, Pippi S and Tas C all made their England U21 debuts at the weekend in matches against Belgium. Congratulations to our four young stars, all of whom are still at school! The England men’s and women’s U21 squads both head to European Championships this summer. 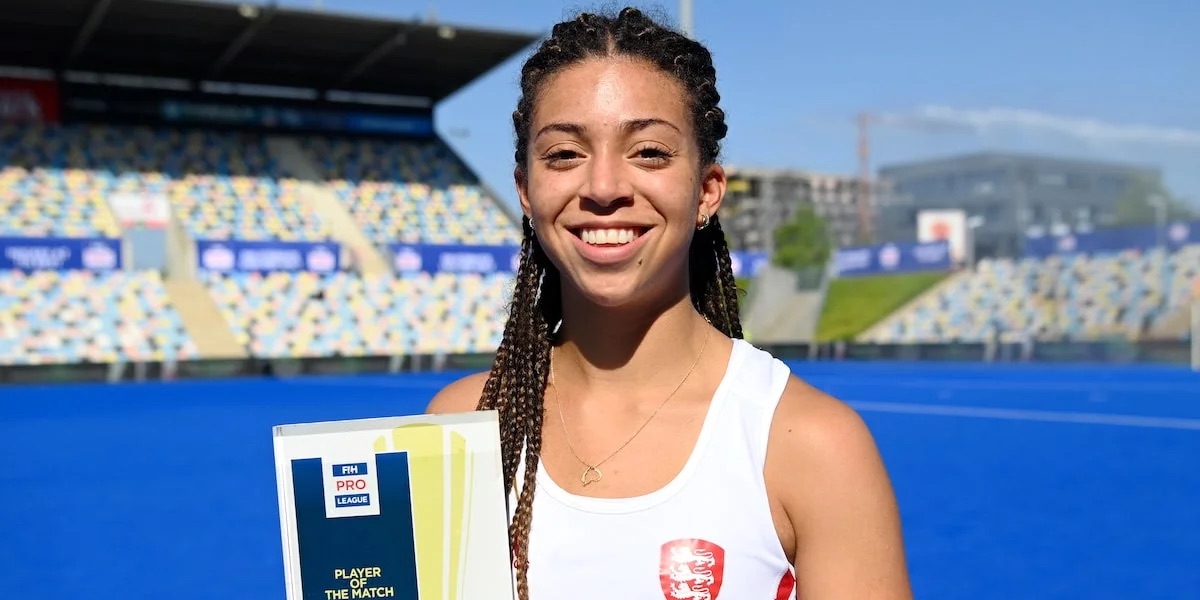 Darcy Bourne was Player of the Match against Germany. Image: England Hockey