With just a few days to go until hockey action begins at Birmingham 2022 we preview the Commonwealth Games for the Surbiton players in action for England, Scotland & Wales.

Check out some key information for each team below, or click here for the match schedule for each of the home nations teams in action. The Commonwealths are being broadcast by the BBC online, on TV and on the red button.

Good luck to all our Surbiton stars and their team mates! 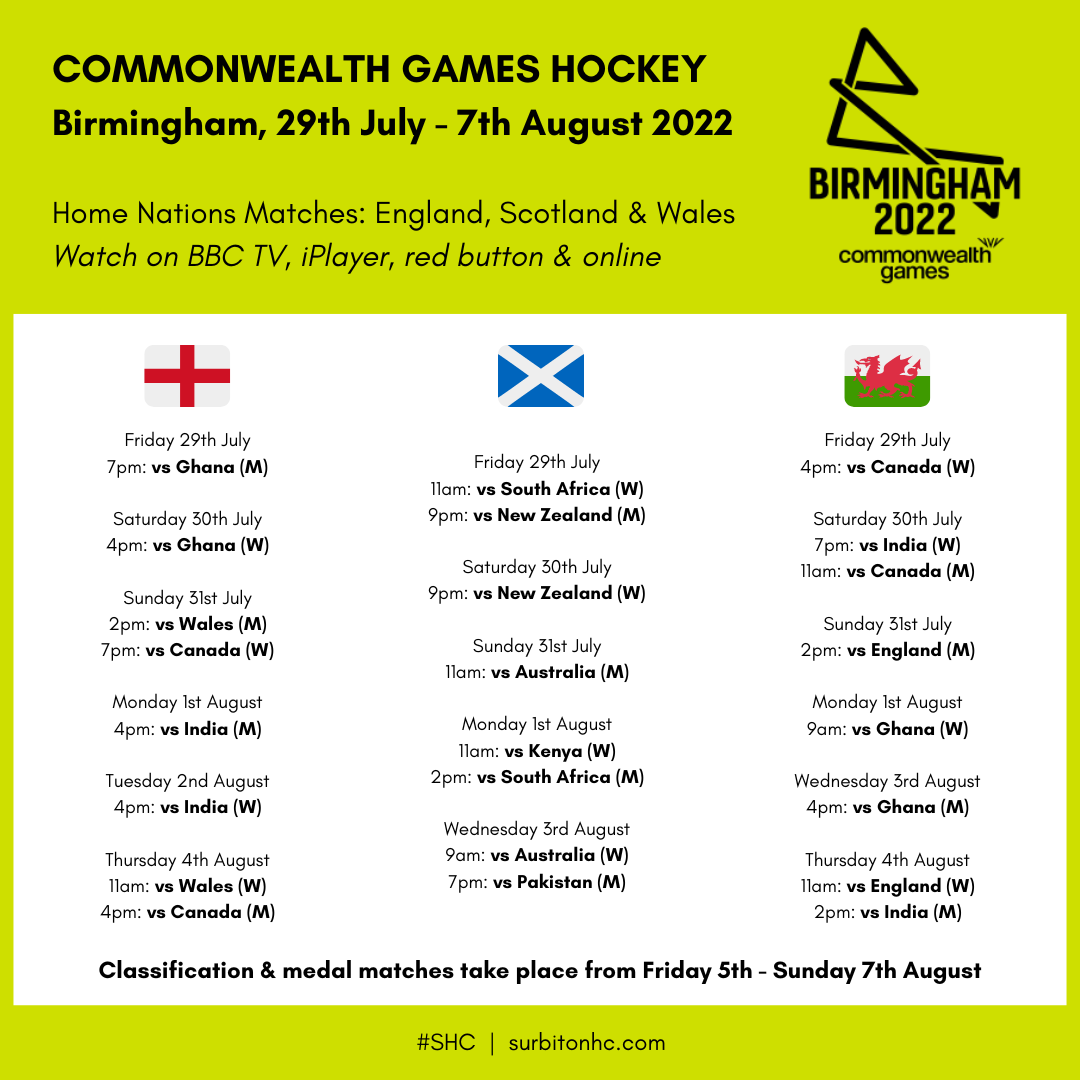