England Women
England women made a solid start against Italy, their 4-0 win including a beautifully taken opening goal by SHC’s Sarah Evans and a Player of the Match performance from former SHC Colt Izzy Petter. This was followed up by a tough 2-0 defeat by Germany in the second game, leaving England requiring a win against Belgium to guarantee a place in the semi finals.

Scotland Women
Surbiton’s Robyn Collins and her Scottish team mates face an uphill battle after losses to Spain and Ireland. After a close opening half in game one, Spain scored twice in the first 90 seconds of Q3 to condemn Scotland to a 4-1 defeat. A very tight second game eventually finished 1-0 to the Green Army, with the Scots yet to face local favourites the Netherlands in Pool A.

England Men
England’s Men cruised to a 5-0 victory over Russia on Saturday (with SHC’s Zach Wallace and James Gall both on the score sheet in the second half) and were outstanding in a 2-1 win over World No. 1 Belgium on Sunday evening, with MVP Wallace scoring the opener and setting up the eventual winner. This leaves England in a great position – a win would guarantee a semi final berth and a place at the 2023 World Cup without any complex permutations involved.

Wales Men
After a tough start against Germany (8-1 loss), Wales Men took a crucial 3-2 victory over France in their second game on Saturday. Gareth Furlong, who returns to SHC in 2021/22 after three seasons with Dutch club Tilburg, has scored penalty corners in both games. Wales play home nation the Netherlands on Tuesday night in their final Group B game. Whatever the result, a World Cup qualification place remains within their grasp. 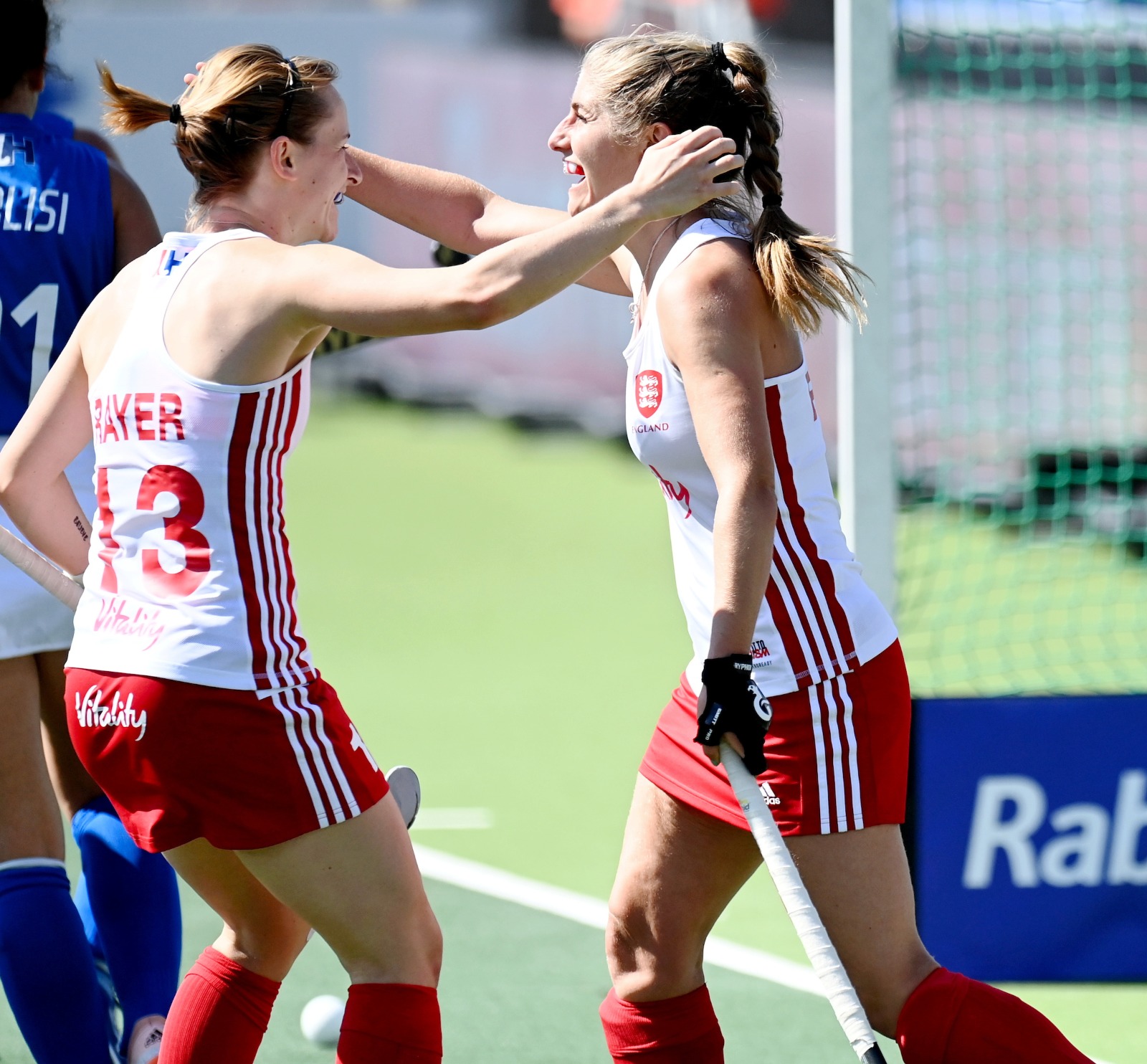