Ladies 1s star Georgie Twigg has made the difficult decision to step away from hockey after a superb career at both club and international level.

Georgie has achieved incredible success on the pitch, winning multiple international titles and medals as well as being an ever-present during the SHC Ladies 1s’ dominance of domestic hockey in the last decade.

Georgie’s club career includes eight national outdoor titles, seven appearances at European Club tournaments (EHCCC and EHL). She played a total of 163 games for the Surbiton first team (145 domestic appearances, 18 in European competition), scoring 37 goals, and was voted the Ladies 1s Player of the Year three times during her ten seasons at the club.

Midfielder Georgie was capped for England at just 19 years old back in 2009, and already had Olympic, World Cup, Commonwealth and European medals to her name before joining Surbiton Ladies 1s for their maiden Premier League season in 2012/13.

Even bigger successes at international level were to follow, with Georgie an integral part of England’s European title winning side in 2015 and Great Britain’s famous Olympic gold medal at Rio 2016.

Georgie retired from the international stage in 2016, aged just 25, to focus on her law career with magic circle firm Bird & Bird, but continued to play club hockey, exciting Surbiton fans with her silky skills, link play, clever defending and ability to read the game, while always playing with a smile on her face.

Brett Garrard has coached Georgie in the Ladies 1s throughout her time at the club: “It’s very difficult to do Georgie’s hockey career justice in a few words. She’s one of the best players I’ve ever coached not only for her ability on the field but also because of her commitment, resilience and love for the game. Eight domestic titles and Georgie’s impact both within games and on our team has been unique - her ability to put in consistent match-winning performances and to be a leader within the team will be sorely missed. On behalf of the Ladies 1s and the wider club I’d like to wish Georgie all the best as she moves on to the next part of her life away from the hockey pitch.”

Georgie says, “This has not been an easy decision at all and I will definitely miss playing at Surbiton, but it feels the right moment to take a step back from hockey for the time being. Everyone at the club, Brett and all the girls that I have played with, have made the last 10 years truly memorable and I can’t thank Surbiton enough. To name a few highlights: beating Reading HC (the hot favourites) in our second year in the Prem to win the league, winning the league every season since, pre-season trips to Barcelona, and feeling very proud of the phenomenal club effort that went into Surbiton hosting the EHL in 2018.”

From all at the club, a huge thank you to Georgie for everything she has given to hockey over the years and congratulations on a fantastic career. You’ve been a wonderful ambassador for the club and the game more widely and we look forward to seeing you on the sidelines at Sugden Road soon! 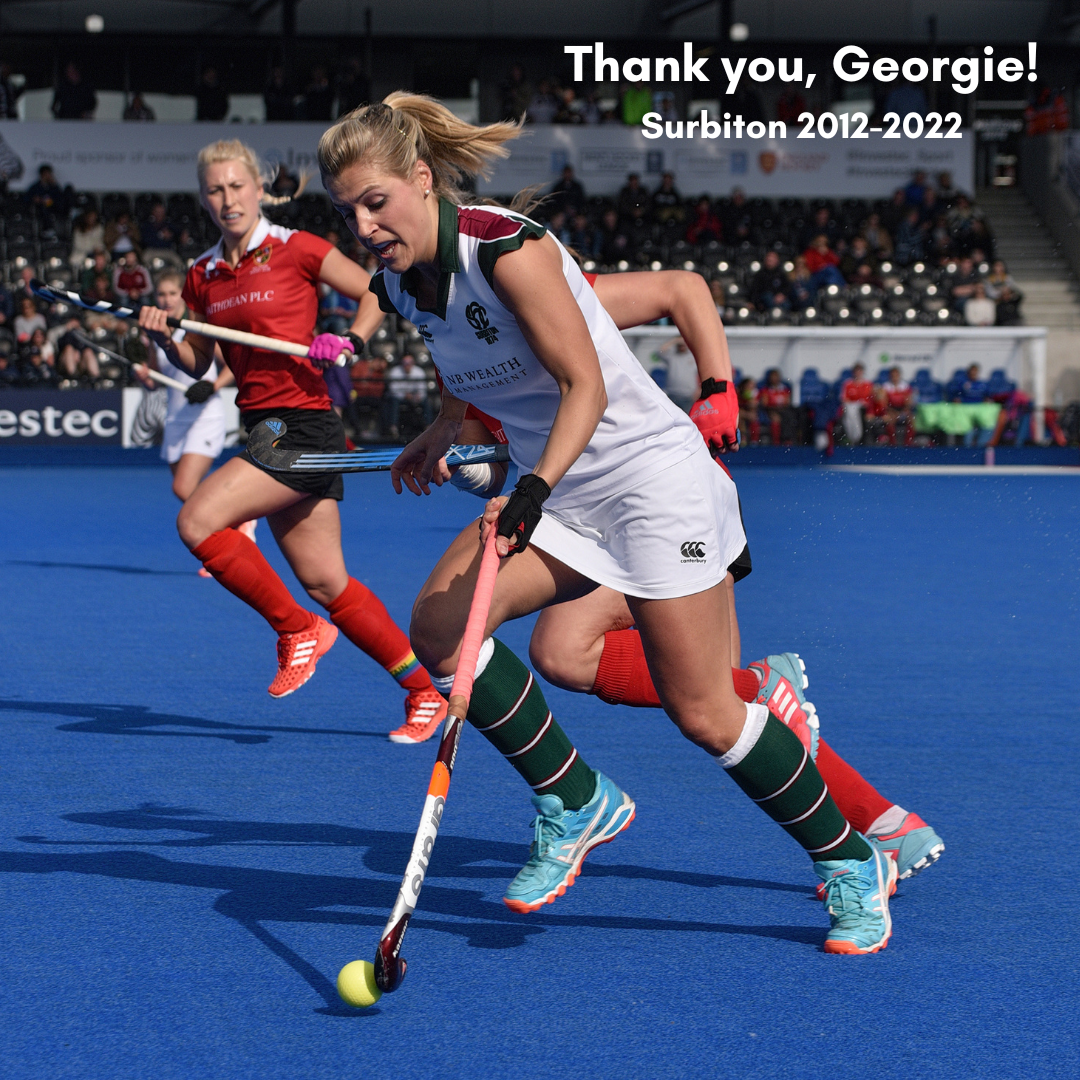