Team GB’s Men’s and Women’s hockey squads are set to start their Olympic campaigns this weekend.

Great Britain Men begin their campaign on Saturday 24th July (10.30am BST) against South Africa, while the GB Women open their defence of the Olympic title in the early hours of Sunday morning (1.30am BST) against Germany.

For the full GB playing schedules, please see the image below. 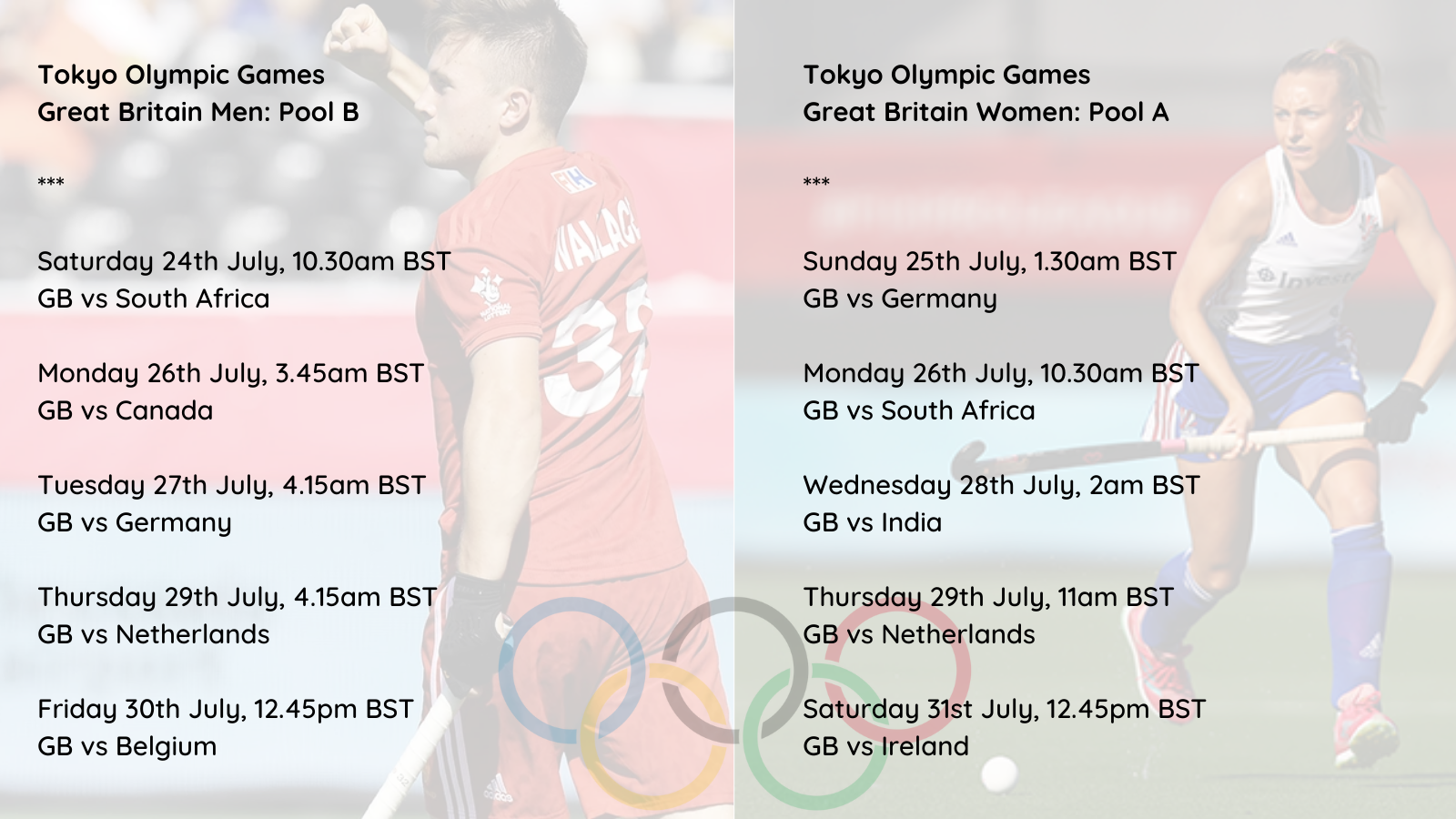