Having taken third spot in the pool, GB faced a tricky quarter final against European rivals Spain and the match went down to the wire. Surbiton’s Hannah Martin opened the scoring in the 17th minute, but a tricky battle ended 2-2. Goalkeeper Maddie Hinch once again demonstrated her immense shoot out capabilities, with goals from Hannah Martin and Jones enough to secure a semi final place and a shot at a medal.

The semi final itself was a replay of the Rio 2016 final against the Netherlands. GB competed strongly in the opening quarter but were ultimately unable to cope with the attacking prowess and clinical finishing from the Dutch. SHC’s Giselle Ansley scored a second half corner but the Netherlands ran out 5-1 winners before going on to beat Argentina in the final.

This left the women in the bronze medal playoff against India, who GB had beaten 4-1 in the pool stages. In a hugely exciting game, GB went 2-0 up with goals from Ellie Rayer and Sarah Robertson, before India hit back with a flurry of goals in just four minutes before half time. Former SHC player Hollie Pearne-Webb and Grace Balsdon both scored in the second half to secure a famous 4-3 victory. Huge congratulations!

A third quarter goal from Sam Ward wasn’t enough to peg back a 2-0 deficit and India scored again in the final stages of the game to confirm GB’s fate.

While hugely disappointing for the GB boys, who have put in some outstanding individual and team performances during the tournament (including a pool stage draw with eventual Olympic champions Belgium), it was always going to be a tough ask against third-ranked India, who have played some inspired attacking hockey during Tokyo 2020 alongside their lethal penalty corner threat.

Six different countries were represented across the podiums in Men’s and Women’s hockey at this Olympic games. 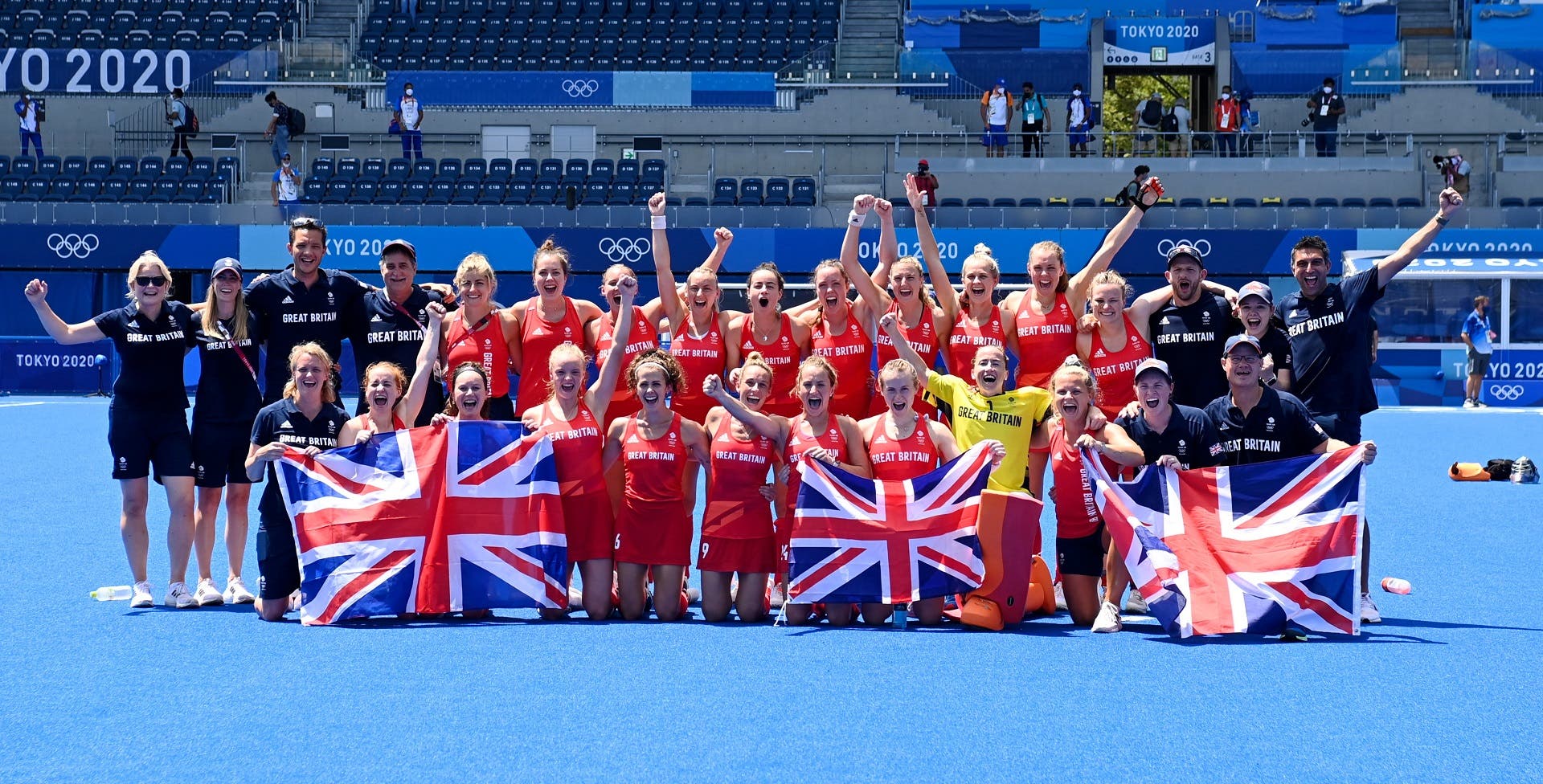