In this series of short interviews, we talk to a range of club members to find out what they’ve been up to during lockdown. Over the next few weeks we will cover work, hobbies and life in general… if you have a story to tell, or if you know of another club member who does, Beckie would love to hear from you.

Men’s 4s captain Calvin Cox leads the marketing team at well-known cycling specialist Sigma Sports. Calvin talks to us about why so many people have been keen to get out on their bikes during lockdown and how it feels to work in the cycling industry at the moment.

“I really got into cycling just after university when I did a couple of short distance triathlons. I realised running and swimming on the same day was a bit much, so ended up mainly cycling for a few years, alongside hockey of course! My day job at Sigma involves looking after everything from search marketing to in store event experiences for our customers.

Since the day the government announced lockdown and closures of stores and sports facilities cycling in the UK has boomed. We have seen unprecedented levels of demand, including a 600%+ year on year increase in sales of entry level bikes. The initial demand was for indoor training equipment as people looked for ways they could maintain their fitness at home and that has slowly changed as lockdown restrictions have begun to ease.

Along with everyone in head office roles we’ve moved to working from home, but the wider business continued to function as normal as the government outlined bike shops as a key store throughout lockdown.

We’ve had to throw most of our plans for community based marketing out of the window, which is a real shame, but we’re just really thankful we’re in an industry that’s been able to keep trading, and seen significant growth during this time. We’re really hoping this trend for people riding continues – it’s clearly the stand out mode of transport that people should adopt in major cities and hopefully one positive that will emerge from this challenging period is that more people will use their bikes instead of cars.

I genuinely believe that the main driver for the recent interest in cycling has been necessity. Lots of people had their forms of exercise literally taken away overnight. It became pretty clear that the only exercise people could take part in were walking, running and cycling. Cycling gives people the freedom to explore much further afield than they could on foot, combine that with the fact cycling is much friendlier on the body and you had an ideal recipe for people to get back on their bikes.

Cycling is also hugely influenced by the weather. For anyone into cycling, you’ll know how miserable it can be when you’re out for a few hours and it’s wet and cold! We’ve been blessed with some amazing weather so far this spring and summer, and that’s played a big part in encouraging people out onto the roads and trails too.

The final part is the removal of a huge percentage of traffic from the roads. People were able to feel safer cycling than ever before and once they saw images of traffic-free roads filled with bikes I think it encouraged more people to get out there.

During lockdown we were getting inundated with requests from Premier League football agents for bikes for their players. I guess, like the rest of us they were looking for new ways to exercise and maintain fitness during lockdown. Unfortunately for some of those players their requests came in too late and the rest of the UK was ahead of them in the queue for a new bike!

I’ve been working full time during lockdown so haven’t had as much spare time to get out on the bike myself. But I did purchase a new gravel bike just before lockdown happened and managed to get a few rides out exploring some new routes in Surrey.

Gravel riding is hugely popular at the moment, with the bikes offering a combination of road cycling geometry with off-road capabilities. That allows you to ride along roads comfortably at a decent pace, then take a turn off onto a trail and explore places you’d never be able to on a normal road bike. There are a huge amount of trails around this area and you could pretty much get from Surbiton to Guildford without needing to join a road if you planned it properly.

If you want to make the most of cycling as a hobby my top tip is always to speak to an independent cycling retailer about the right bike, or the fit and set up on your current bike. Most people think they can get it right at home but it’s a fairly complex science and having a proper set up makes all the difference when you’re spending hours in the saddle. You won’t just be more comfortable, but you’ll generate more power, more efficiently than before!

Secondly, invest in good quality kit – high quality cycling shorts and jerseys can seem expensive compared to normal hockey gear, but they’re developed with really innovative fabrics these days and are going to save a lot of pain the next day if you’re planning a few hours in the saddle!" 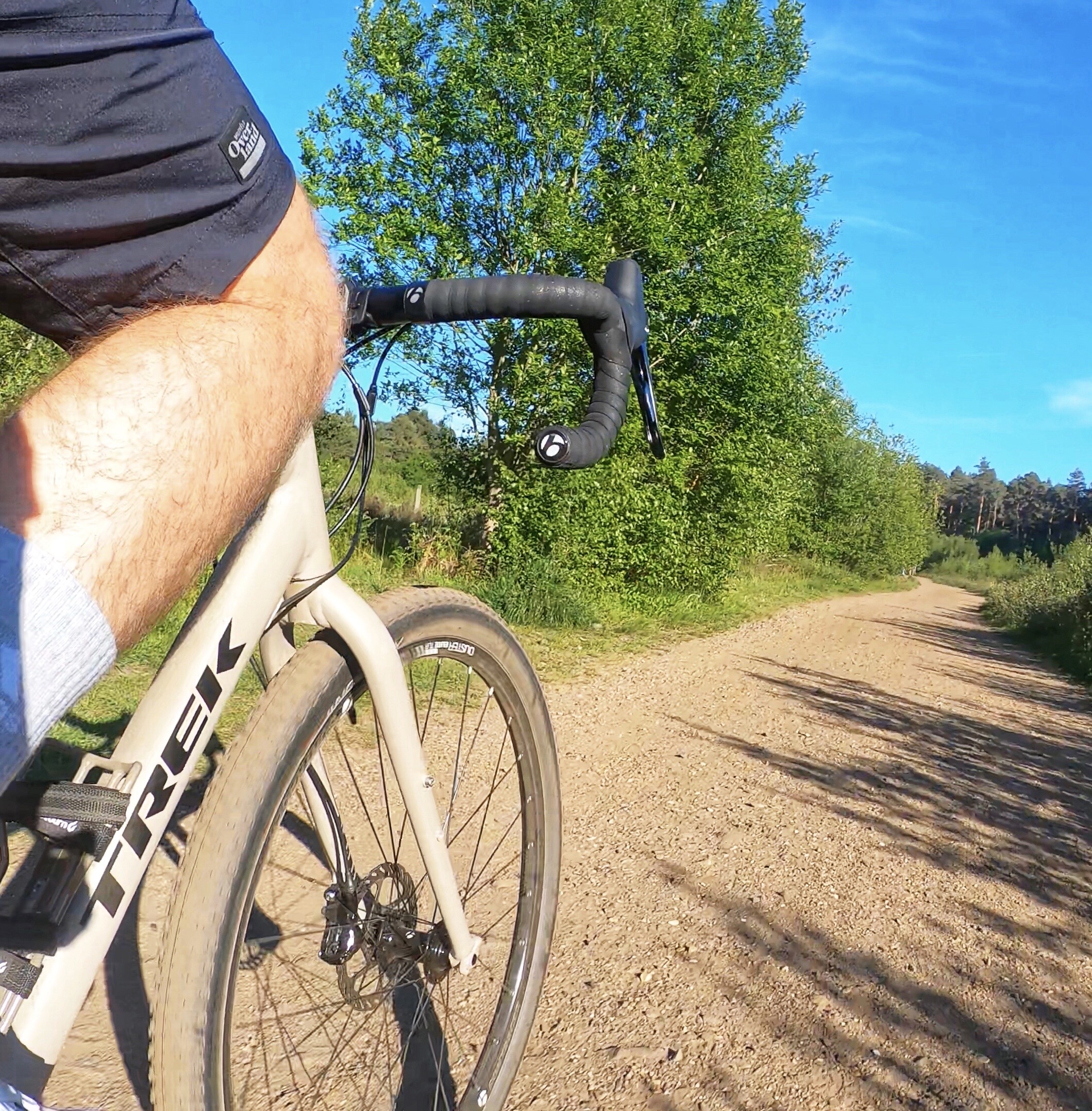