Surbiton Hockey Club is proud to run a thriving and fully inclusive hockey programme under the flag of ‘Flyerz’. Sessions are free, fun, friendly and support people of any age who may have a learning difficulty or disability. All equipment is provided, and siblings and parents are welcome to join with the fun! 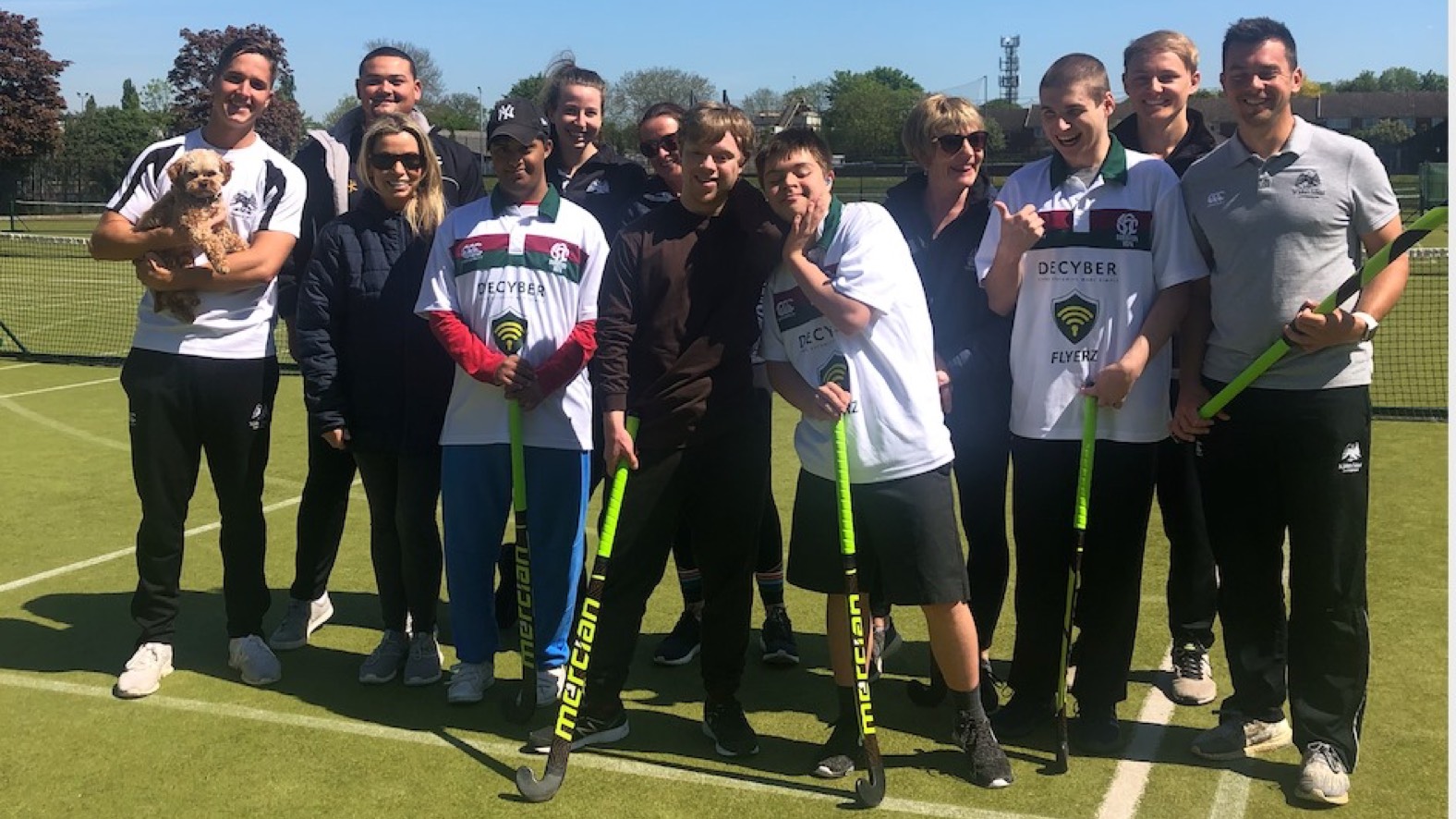 Surbiton HC has now officially launched two Flyerz programmes, including a weekly Monday session in association with St. John’s School (in term time) and a monthly session hosted at the club.

During the first month of the programme, 13 young people with learning difficulties or disabilities took part in the Surbiton Flyerz together with their families and this number has continued to grow ever since. Over 50 players and volunteers have been involved in the club’s Flyerz section since we launched in September 2018.

Here’s what one parent had to say about their experience at Flyerz:

Both my disabled son and his able-bodied brother absolutely loved Flyerz at Surbiton. The staff were fantastic, they were so friendly and adapted the games and equipment so that my disabled son could participate which was awesome as he doesn’t often get the chance to do the same activities as his brother. Everyone at the club was so welcoming and our whole family had a great time.

If you are interested in learning more about Surbiton HC Flyerz sessions including dates and times, please contact Frankie Bryant

Our Flyerz journey began when Surbiton HC hosted the EuroHockey Club Cup in May 2018. The tournament happened to coincide with Flyerz Week (a weeklong national Flyerz awareness campaign), providing the perfect opportunity to put on some fully inclusive Flyerz / ParaHockey alongside the event. Midland Mencap played an exhibition match with some of our Surbiton members, while charities and local families were also invited to take part in a taster session with Flyerz ambassadors Kate and Helen Richardson-Walsh.

After the EHCC, we raised funds to launch our own Flyerz section at the club. A few months later, Access Sport delivered disability inclusion training to a passionate team of club volunteers and we were ready to launch of a more regular programme of Flyerz hockey. This is already a popular and successful initiative, and we are excited to be a driving force behind the growth of Flyerz hockey in UK clubs.